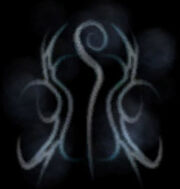 Air Magic is an Elementalist secondary attribute, meaning that any character with Elementalist as their primary or secondary profession can put points into this attribute.

Air Magic is effective and easy to use in PvP battles. The reason for this popularity can be garnered from the Guild Wars description—Air Magic spells deal large amounts of damage to and debilitate a single enemy.

Air Magic is the best Elementalist attribute relating to spike damage. Additionally, some Air skills cause knockdowns, blindness, or weakness, all of which are quite useful in PvP. Some PvP teams employ three or more elementalists using Chain Lightning, supported by various condition inflicting skills. Air Magic skills that knock down foes effectively interrupt their actions.

Air Magic covers a narrow scope, having few skills that directly heal or protect the caster. Several Air Magic skills cause exhaustion. Finally, Air Magic lacks skills that do damage over time, so Protection Prayers skills that can effectively prevent spike damage, such as Reversal of Fortune, Protective Bond, Spell Breaker and Protective Spirit, may render the elementalist's energy wasted.

Due to the emphasis on single targets, Air Magic is far less popular in PvE, where you often must fight many targets at once.