In any role-playing game, character level is a general indication of how powerful a character is. Two characters who are the same level will generally be able to compete against each other.

Levels are obtained by gaining experience points in various ways. Player characters in Guild Wars start at level 1 and have a maximum level of 20. Unlike other MMORPGs, this level cap isn't a barrier to character development. Level 20 player-characters will still earn additional Skill Points and be able to learn new skills, although additional health and attribute points are no longer acquired (beyond the 30 additional attribute points earned by quests).

Pets and Heroes also have a maximum level of 20. On the other hand, mobs and NPCs do not have the level cap of 20, and have been observed with levels ranging from 0 to 36.

Character level directly affects the damage of spells and caster weapon attacks. (For more information on the effect, see Damage calculation.) Additionally, as you level up, your maximum Health also increases.

ArenaNet has the following to say on the subject of a maximum level:

The level cap of 20 is a fundamental balance mechanism for Guild Wars, a game that revolves around player skill. The levelling system allows you to track your progress as you start a character. But by Level 20, your character is fully trained and is ready to experience the most exciting content in the game. 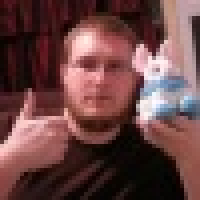 Categories
Other Languages:
Community content is available under CC BY-NC-SA 3.0 unless otherwise noted.