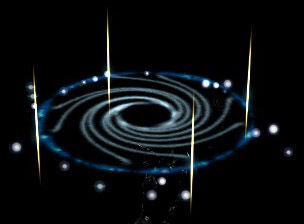 Divine Favor is the Monk primary attribute, meaning that only a character with Monk as their primary class can put points into this attribute.

"For each rank of Divine Favor, allies are healed for 3.2 whenever you cast Monk spells on them. Several Monk skills, especially spells relating to energy gain and healing, become more effective with a higher Divine Favor."

Note: The rounded number is used for modified heals, such as when the target is under the effects of Life Attunement or Aura of Faith.

Divine Favor is a useful attribute for healing and protection Monks, and some specialized smiting Monks. The inherent effect of the attribute is desirable, even without using any Divine Favor skills. With 12 points in Divine Favor, allies are healed for 38 additional health each time you cast a Monk spell on them. Divine Favor can make relatively weak spells like Dwayna's Kiss very effective: at 12 points in Divine Favor and Healing Prayers, it would heal for 89 health, an increase of over 50% - for only 5 Energy. Moreover, Divine Favor is often the only way protection Monks can directly heal their target. With a high Divine Favor attribute, a protection monk can simply cast multiple protection spells and heal allies for no extra cost (in particular, without the need to use dedicated healing skills). Note, however, that untargetted Monk spells such as Heal Party or Aegis only grant the healing bonus to the caster since they have no target.

Primary Monks are effective healers because of access to Divine Favor. Characters using monk secondaries must work much harder to be effective healers. For this reason, they often focus on untargetted Monk spells, those which already heal for a large amount of health, and/or non-spell skills which do not benefit from Divine Favor anyway.

Keep in mind that Divine Favor only works on Monk spells. Any other skills, such as Signets used on allies, or the Ritualist's Restoration Magic spells, will not provide a Divine Favor bonus.

Most of the Monk's Energy management skills are linked to the Divine Favor attribute.