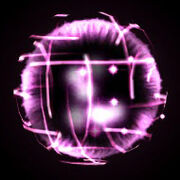 Fast Casting is the Mesmer primary attribute, which means that only characters who have chosen to be a primary Mesmer can put points into this attribute. While Fast Casting has a limited number of skills linked to it, the passive benefit it provides is more than enough by itself. Unlike the primary attributes of other professions (which have simple, linear progressions), the effects of Fast Casting on spells have an exponential progression.

Effect of FC on spells with base activation times of 1–5s.

The exact reduction for spell casting time is:

The following table shows the reduction in casting times and the relative speed improvement.

This table lists the reduced casting times of spells that would normally take from one-quarter to eight seconds to cast (rounded to the nearest hundredth of a second).