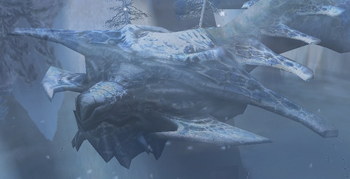 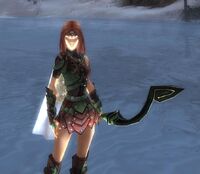 The glow effect characters will have while standing near Drakkar's head

Jormag is the Elder Dragon of Ice and Snow that can be found slumbering below the frozen waters of Drakkar Lake in the Far Shiverpeaks.

Warning: The following text contains spoilers relating to the plot of Guild Wars Eye of the North.

It was Jormag's ancient power that enveloped Jora and her brother, Svanir. Jora lost her ability to become the bear and Svanir was transformed into the Nornbear and Jormag's first champion.