This is a listing of primary quests and missions in the Nightfall campaign. The missions are numbered and appear in bold.

In total, there are 50 primary quests and 20 missions in Nightfall; however, because the storyline branches at multiple points, you are not required to do all of them to finish the main story arc.

Note for foreign characters: Characters created in other campaigns can travel to Elona by completing either Sunspears in Kryta or Sunspears in Cantha. After arriving in Elona, they must complete the following primary quest chain:

After that they will join the normal storyline at the fourth mission, Consulate Docks. 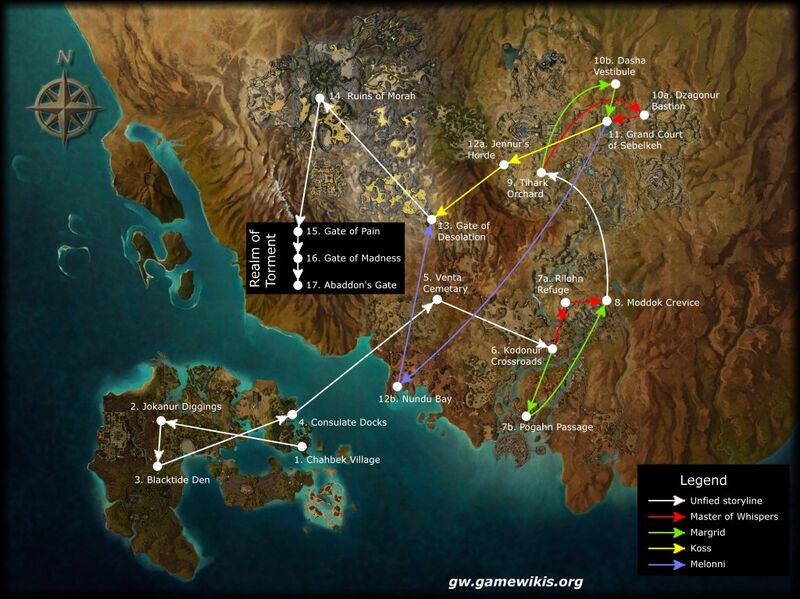