This is a listing of all the primary quests and missions in the Prophecies campaign. The missions are numbered and appear in bold.

The primary quests outside of Pre-Searing Ascalon are not required, but they do help in finding the next mission location.

In total, there are 24 primary quests and 25 missions in Prophecies. 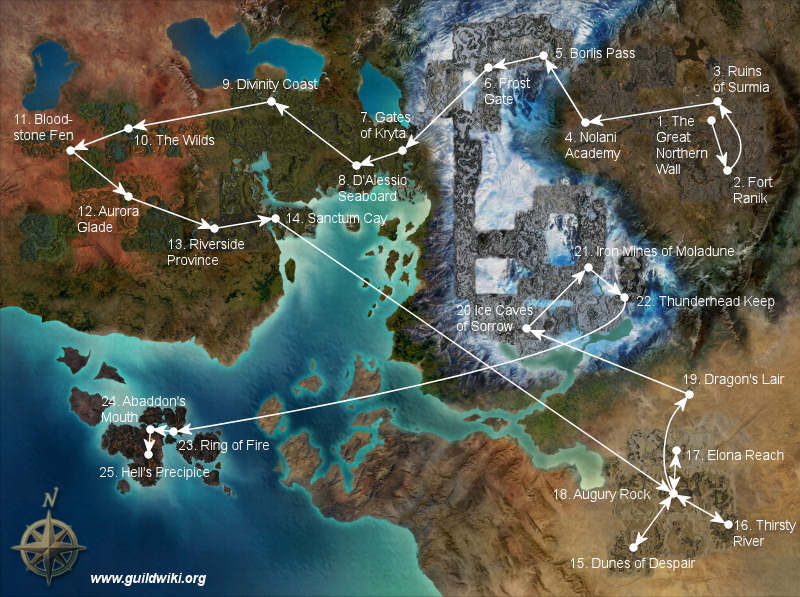