Every skill has an associated skill type. Types are arranged in a tree structure where each type can be considered a sub-type of its parent. For example, Clumsiness will affect "attacks" as well as any type under "attacks." Something that affects "skills" will affect everything as "skill" is the root of the entire skill type tree. Conversely, if something affects any other, more specific type, then it will not affect a skill of type "skill." 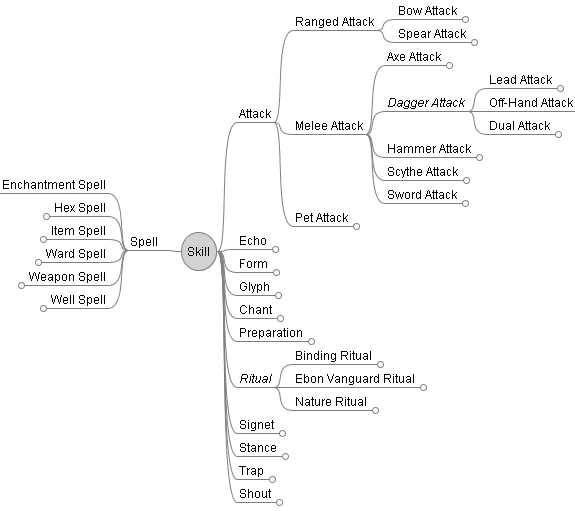 Skills can also be classified as an elite skill. Every skill is either elite or non-elite in addition to its normal type. A player may normally have only one elite skill equipped at a time. Some skills such as Arcane Mimicry and Price of Pride only interact with elite skills.