Does anyone know where to acquire this skill?[]

I've been planning a Paragon build since the preview that uses this and "Never Surrender" to power a laundry list of echoes indefinitely - but haven't seen it used by a monster or offered by a trainer so far. Granted, I haven't killed everything or been everywhere (yet) but ... Auntmousie 04:17, 21 November 2006 (CST)

You can unlock this skill through the Priest of Balthazar, and then buy it from (for example) the skill trainer in Yohlon Haven. Auntmousie 05:19, 22 November 2006 (CST)

Normally, if a skill says "target ally," that skill can potentially include you if you target yourself. Since this shout doesn't say "all OTHER allies," does it include you? Do you also gain energy when you use the shout?

This isn't the only shout to say "all allies within earshot." It will always affect you since you're always within earshot of yourself. --Fyren 04:50, 30 March 2007 (CDT)

Does it effect allies (or party members - doesn't matter) that do not meet the requirements - thus giving you a full leadership energy return still? So, for example, if I just spawn into the zone with a full party of 8 next to me and 12 leadership, I use this skill, will I get back 6 energy or will it return none because they don't have <75% health? --

it will return energy for leadership only for allies AFFECTED by the shout. its hard to time it right though if you have good healers - usually best to leave this (or the far better "never surrender") on a hero. NightAngel 02:17, 8 January 2008 (UTC)

The phrase is never used more than in passing on the show. The same goes for "never surrender." On the other hand, Galaxy Quest used them conspiciously. All the more so since they're together. --Fyren 04:17, 24 April 2007 (CDT)

"Another possible reference to Galaxy Quest is the line "Never give up! Trust your instincts!" uttered by various characters in Starfox 64. It is admittedly possible that this skill is a reference to said game, but it's not very likely." It even says itself its not very likely. Why do we even have it? I say remove it. besides, never give up, isn't an uncommon phrase. M s4 22:14, 10 May 2007 (CDT)

Given that there's also never surrender, it seems very obvious that it's Galaxy Quest reference. If never surrender were not there, I would say there should be no trivia at all. But I'm loathe to edit trivia sections because people are always touchy about getting references to their favorite media removed. --Fyren 22:24, 10 May 2007 (CDT)

If the reference is unconfirmed, then ya might as well either list ALL possible references, or none of them at all.... including this one (oh yes, I went there!) --ilr

Kind of Ironic isnt it?--

Can we call this lame? I mean, really. It's an unreliable skill to use, seeing as how you don't even know every allies' energy amount, and the gain isn't anything to get too excited for, is it? And that recharge time is loooong. Why can't it be a 1...2 increase in energy regen? Or skills recharge 33% faster or something. It's not too much to ask with the conditional requirement of allies being below 75% health. Correct me if I'm wrong, but I can't really imagine any build using this skill effectively as it is. -Wang 10:38, 23 February 2008 (UTC)

While I agree this skill's effect isn't that amazing overall, there are some things to consider. It gives energy, most other things give regen (which is slower) and mass effect (most others is single-target). Those two factors are pretty powerful, as for knowing when to use it; obviously when the fight has been going on for a reasonable amount or time (maybe a 45 seconds +) Blue.rellik 11:01, 23 February 2008 (UTC)

And in organised PvP allies will call when their energy is low so you know when to use it...however the chances of having anough allies below 75% health and in need of energy at the same time to make this skill worth it is pretty low, so i still think its lame ¬_¬ --Cobalt | Talk 11:30, 23 February 2008 (UTC)

It's got decent synergy with 'Never Surrender!', mind you, using both in quick succession can turn the tides of a battle going wrong into glorious victory, though unlikely, it is still possible. Happened quite a few times actually, when I've been running a protective Command Paragon at Random Arena, with testing in mind. It's a good energy boost to the Paragon aswell, since apparently you get energy from leadership for each affected ally, so at best a paragon could get as much as some 16-18 energy back in a single use. -- IGN: Angelo Silverwolf

I would say no; now that TPiY is adrenalined-based, with no cost or recharge, and it provides regen instead of straight energy, the only relations are the skill type and profession, and having something to do with energy. 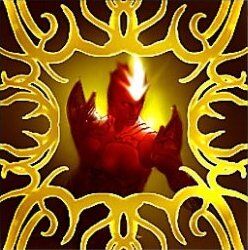