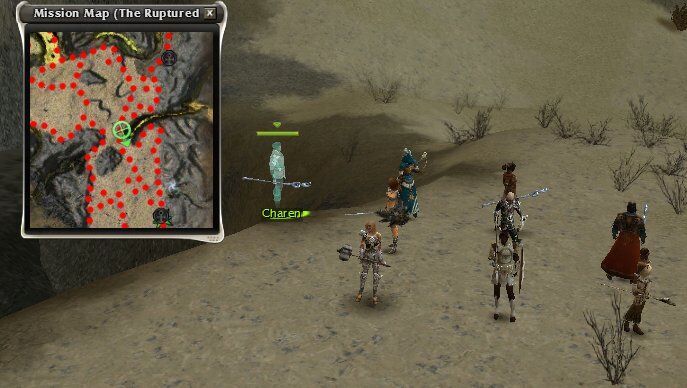 Me 2, for the 2nd time. really bad. Must be more quests on this guy cause there are standing more ghost in this area.[O-T]

Well Charen did stuck for me too. Both times it happened, he was running in front of me and, I WAS FOLLOWING HIM. On my last try (I finally completed the quest), I made sure I had cleared the area on his route and also made sure I was IN FRONT of him for at least the first few "red dots" on the map. From that point on, he seemed to be following me anywhere I was going. That was how I got past the "Charen stuck point". I hope this will help (somehow). Ne33us 12:13, 10 January 2007 (CST)Ne33us