I may have got the Charr Firereigner name wrong in the walkthrough. I think this is what they were called, though i am not 100% certain. Please correct if incorrect.

I think the siege devourer fires at the base, then theoretically gets hit by a counter siege from the enemy base

Nah, the charr in a later quest say they'll teach you how to use a siege devourer without it blowing up on you, so it's a function of your inexperience with them at work. -Gildan Bladeborn 17:54, 4 October 2007 (UTC)

I replaced the picture for the quest. The original had only a screen of the objectives: 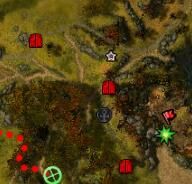 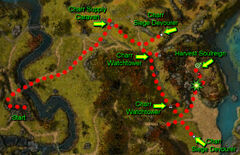 Do you have to do the optional objectives to gain credit for the quest in the Hero's Handbook? -Malcheior Sveth 05:39, 13 October 2007 (UTC)

. How much do the optional tasks give?

The 7,500xp is only temporary, you get triple-XP for GW:EN missions during the Eye of the North Blow-out Event. The optional tasks do not give any reward beyond depleting the "strength" of the Charr stronghold, you can just go straight for Harvest Soulreign and still get the same reward. --Wolfie

Bug with spawning in Charr mobs at end[edit source]

I was wondering why I was still spawning in the big mob of charr after completing this mission, even though I didnt have Plan A in my quest list. Turns out it's Failure to Communicate. I'm not sure if it's just FtC, or if Plan A also played a part. Right now, i'll leave it as either, but it could just be FtC.

You can run to the encampment and kill the necro boss in under 8 minutes playing normally. I'm sure with "Charge!", and some particular anti-necro skills that this could be done in 5 for so. 5 minutes for 2500 exp is pretty good, isn't it? Merick 13:40, 4 January 2008 (UTC)

I have completed the quest, but I forgot to cap barrage... I have returned to do it immediatly after completion and I've gone to the little flag marker and all that I find there are some enemies. No person who lets u go back to replay the mission (or that helmet) i left NF at lvl 10 so i dont want to continue into a pointless campaign for a single cap. do I have to do something before I can replay the quest? Boredom Fuels The Mind 21:25, 10 July 2008 (UTC)

Check out the two ways you can get this mission in the "Obtained from" title under the Objectives section of the article. There is more than one way to capture Barrage as outlined in that article's "Acquisition" section. --Wolfie

I just finished doing this mission, and during the mission a firereigner had been revived, and then he dropped another charr explosive after I killed him again. I was wondering if this little tidbit should be added to the main page.

Master of the North[edit source]

If you're going for the Vanquisher Title...

Having Plan A active when you finish this quest/mission leads to an...amusing situation. 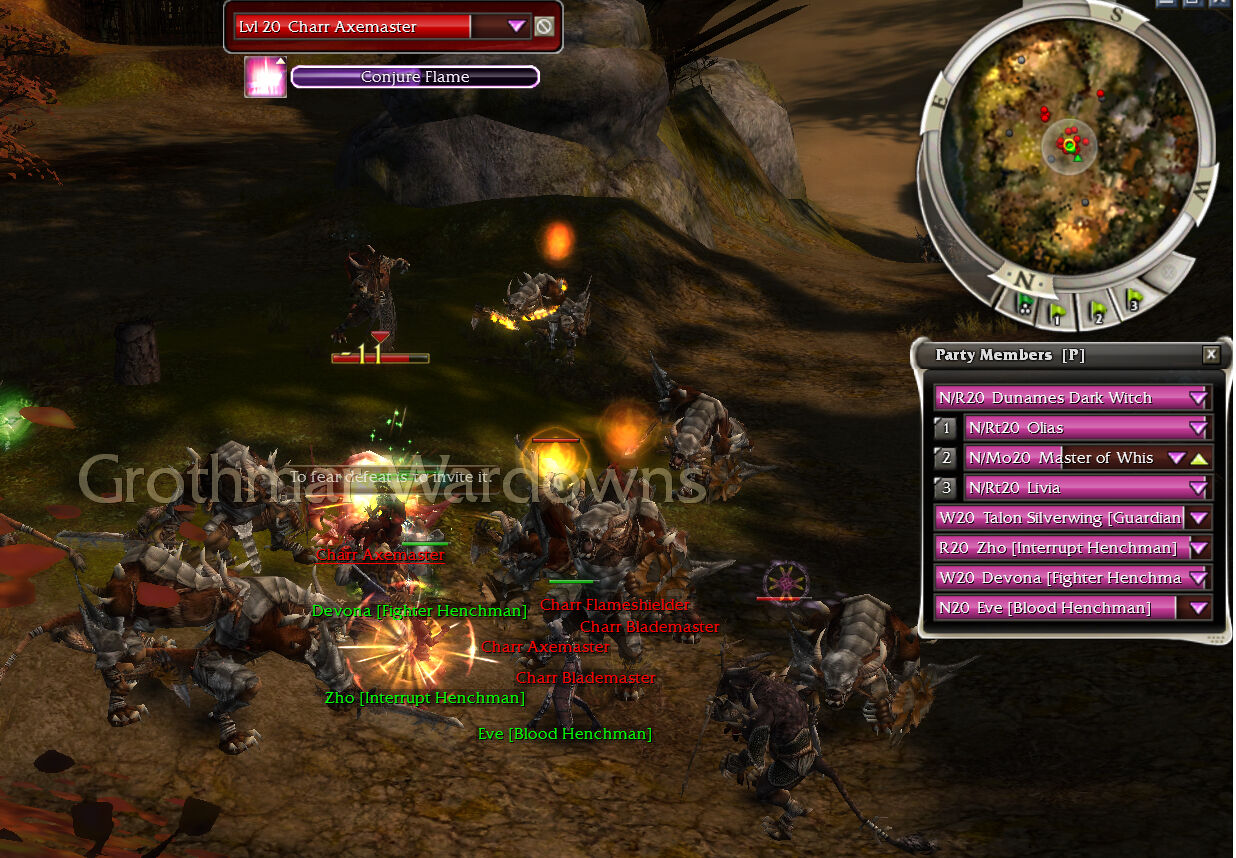 Amusingly, I also just noticed that this is already noted on the page. >.>