is it even confirmed that this zone is reachable? I have yet to figure out how to get here.

Is it possible to breach the fortress? i mean with all the high lvl kournan and siege attacks.

ugh nvm i breached it , it wasnt very hard but at the end there is a gate that doesnt open so it was a waste of time

Ah good times remember when I was curious me and a friend wanted to see if you could get through it we pretty much wiped out the garrison only to come to the gate that's permanently shut we laughed so hard over vent we cried...

Portal to Fortress of Jahai[] 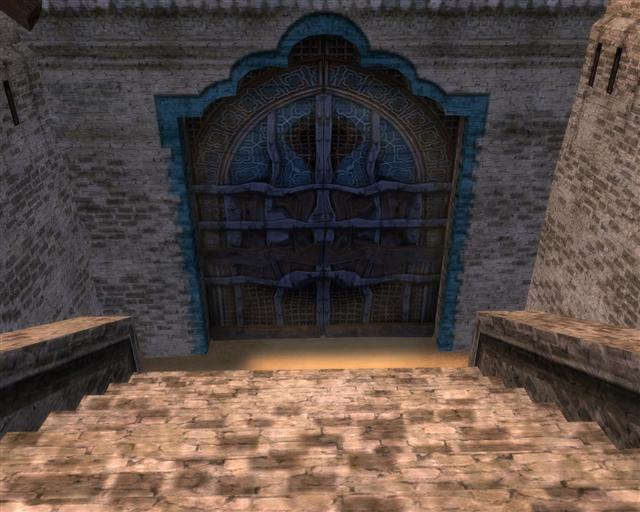 Huh. At first I thought you were just seeing the pattern and mistaking it for the glowy ring, but now I see the distortion in the middle... it's as if they intended for this to be an outpost or something. They ought to release an update making this a dungeon or elite mish or something, 'twould be a nice thing to tide us over while they, um, fail to tell us anything about GW2. Qing Guang 05:11, 7 December 2008 (UTC)

Speaking of 130 dervs doing that, at first glance, it seems possible to 55 the whole thing. I didn't happen to see any mesmers or necros inside it, but did anyone else? Oh, and another thing. Anyone find it odd that there's a rez shrine INSIDE the fortress? So if you die trying to get in, you're pretty much screwed. Draven Deadlesser 00:49, 18 March 2009 (UTC)

Going from Jahai Bluffs to Canyons[]

Is it possible to go through Jahai Bluffs and the Fortress of Jahai to Yatendi Canyons.