Can this teleport you so that you get stuck? I'm thinking about UW mainly. :) --

I'd be surprised if the game doesn't check to see if there is a free path from your first location to the second location before it moves you. Shandy 05:59, 19 May 2006 (CDT)

I haven't got stucked with Heart of Shadow. I use Shadow Heart often -with a mesmer and a nigro-, the shadow step is totaly random; so, if there is not a stepable place in direction of a step it simply lands over the fardest stepable place, this may result in not moving at all. --mariano 12:43, 14 August 2006 (CDT)

I'm pretty sure it's a robed figure hunched over that is "on the wind" kind of like that one guy in Elektra starring Jennifer Garner (the bad guy). FRD 12:52, 5 March 2007 (CST)

Years late to the party, but it's actually the result of horrific abuse of Photoshop tools. See hi-res: 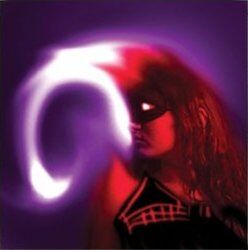 before the damage dealt, duly noted. Good information to have.

All runners(imo) should be R/A with this skill and ranger run/evade skills. Opps spoiled my running build.--Coloneh 21:23, 7 October 2006 (CDT)

Does this work with Shadow Form or is it bugged? I'd get hit by a seige turtle with Heart of Shadow on...say for 70 damage. Heart of Shadow is supposed to heal for 150 so I wouldn't get it life loss right? It shows it triggers but I don't get the health gain. Even if I'm at half hp with Shadow Form on and Heart Of Shadow.. it shows it triggers.. but I just lose more hp. =/ Without Shadow Form even if I get hit for 1 damage it heals me.. 150 so I have no loss of hp.

Did you read what he said? Dunno if its a bug or not but, someone wanna test?

Does this work like essence bond or balthazars spirit?[]

I'm an A/D runner and I've been noticing something about Heart of Shadow whenever I'm around areas that do degen hexes on me. This skill states that it activates when you take damage, so I've always thought about it as spike damage, and that it wouldn't activate if there was degen on me. However, it doesn't work that way. I think we should put at the notes section of this page that this happens when degen is on you-

Seems this skill shadow steps you to a random location in the area, not nearby. Can anyone confirm this for me? One more thing is that this skill seems to only shadow step you to the maximum range of in the area. Lou-Saydus 00:11, 5 July 2007 (CDT)

I think it makes it better because it no longer relies on hitting to heal. If only the recharge was a little bit less, maybe ten seconds instead of 15 seconds...--Manbeast15 23:09, 17 January 2008 (UTC)

actually its larger than in the area, all three times I moved outside the circles in the isle. --Shadowcrest 23:32, 17 January 2008 (UTC) 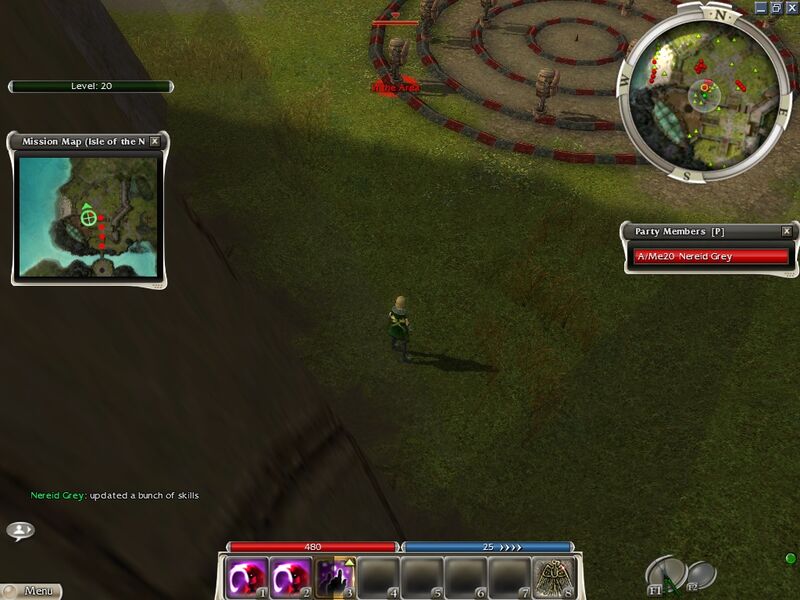 That looks like about earshot to me. Especially since the random place means you won't get quite to the edge.

If you go out testing more, check Viper's Defense too.

I'm unable to test this anytime soon, so does anyone know if this (& Viper's Defense) now require a target to activate, ie: will this fail if you have no target? If so, I think that's terrible, & I think that should definitely be in the notes.... -

As well, wonder if you can target self, allies. This may open up some tactical possibilities, as you can indirectly target an area for the shadow step, rather than needing a friend or foe at the destination. 15may09

No, it will target the user by default.

I just happened to test this today because I was adding info on how to get into Monastery Overlook using this skill, and after adding a bunch of info about doing it the hard way, I finally thought to check on the recent update. I tested it by myself in Linnok Courtyard, and with no targets selected, it seems to behave the same way it did before the update. (One problem though, is if you have a distant target selected, your character will run into range of the new target before triggering the skill, which might be annoying to some users. Might be worth a note...) Of course, if you want to warp through a portal without zoning, the new functionality is awesome. (Wish they had made this change a few days ago when I did it the hard way.) :) Nwash 18:47, 16 May 2009 (UTC)
Actually, I'll probably test this again later. Come to think of it, some of my shadow steps seemed to be farther than even "in the area", so the "nearby" I listed in the note I added to the article is probably incorrect. I'll try explicitly targeting myself too, though I doubt that makes a difference. Nwash 19:01, 16 May 2009 (UTC)
Further testing verifies my suspicions so far. The range is closer to earshot as suggested by others, and both skills definitely seem to revert to the shadow-step-to-random-location behavior either when you target yourself or when you have nothing targeted. I even tested it in the presence of enemies to make sure it didn't automatically select a target like the attack key will do when foes are within view; in one case, I even shadow-stepped to the opposite side of the foe in front of me. I tested both this skill and Viper's Defense, and their shadow stepping behavior appears to be identical. Nwash 21:24, 16 May 2009 (UTC)