Someone might have gotten a warrior tome off of one.
Where does it say they are?--

Ugh, I got confused because I thought that Blue had just added that, but I realize that the recent comment was by an anon that didn't create a new line.--

I had just gotten past the room with the lava pit and two siege wurms on the second floor of Kathandrax HM, when I find myself up against another room full of siege wurms and forge imps. While pulling the imps into a safer place to dispose of them, another wurm popped out: 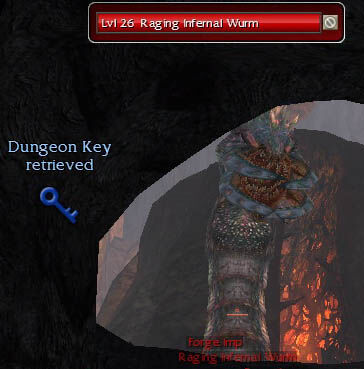 It is a stationary siege wurm that is initially hidden.
Is there a reason why some of these Kathandrax wurms don't have entries? Too similar to other wurms? SarielV 13:43, 11 April 2008 (UTC)

GWW has an entry for this article, not sure on GuildWiki policies on this, though. There doesn't seem to be too many vairant's. There should either be a Rediret and a note on this article about them, or a page needs creating. HimmTaeguk (T/C) 14:04, 11 April 2008 (UTC)