If there is only one area with a certain name, there is no need for further specification. Since Kamadan is a town and has no mission, and there is no explorable area with that name, the (Location) is redundant and can and should be dropped. So I suggest we keep "Kamadan, Jewel of Istan" and delete the other for redundancy. RolandOfGilead 19:26, 22 September 2006 (CDT)

There's actually a special quest in Kamadan: Bad Tide Rising. In this quest, an empty instance of the town is created for your party only and you must close 2 Ruptures before returning to the normal outpost. Perhaps a second entry is needed with a map showing the position of the Ruptures in the town. --KarlLycos 12:51, 26 September 2006 (CDT)

The quest to which you are referring actually has 3 Ruptures that need to be closed. I agree, though, that a second entry should be created showing the Ruptures. Maybe something in a format similar to that which was used during the Dragon Festival for the invasion quests?

Getting there from Cantha[]

Travel from Cantha to Elona[]

The artical says that characters from factions have to come from their homeland in order to get to elona. A person is able to complete either quest regardless of homeland.Kharn 18:04, 6 November 2006 (CST)

You're right. I wrote that part of the article earlier on and forgot to change it when this was confirmed. Fixed now. --Ab.Er.Rant

Shouldn't we add the Scribes to the list of NPCs? I was going to add them but wasn't sure if I would put them in the right spot. I think they should go in under Collectors. Anyone agree? I also dont think LA or KC have them listed.Khazad Guard 02:11, 9 December 2007 (UTC)

Add first, discuss where is the exact spot to put them later :) --Ab.Er.Rant

I'm not sure if anyone's noticed, but there has been a floating tree in the corner near the Xunlai Agents/Chess (the area on top of the stairs where the majority of us gather.) I'm pretty sure the tree was added when they remodelled the Xunlai Agent set-up in Kamadan, as the Xunlai Agents used to be at the bottom of the stairs in some little square. That was quite some time ago, though. Here's a couple screens: 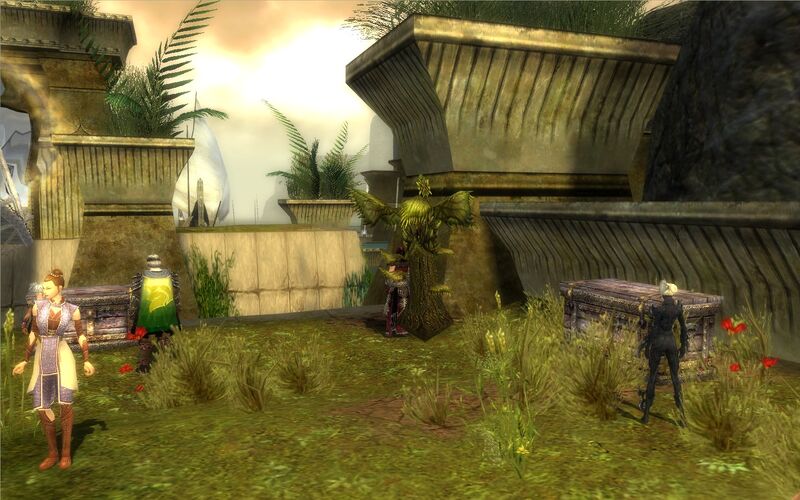 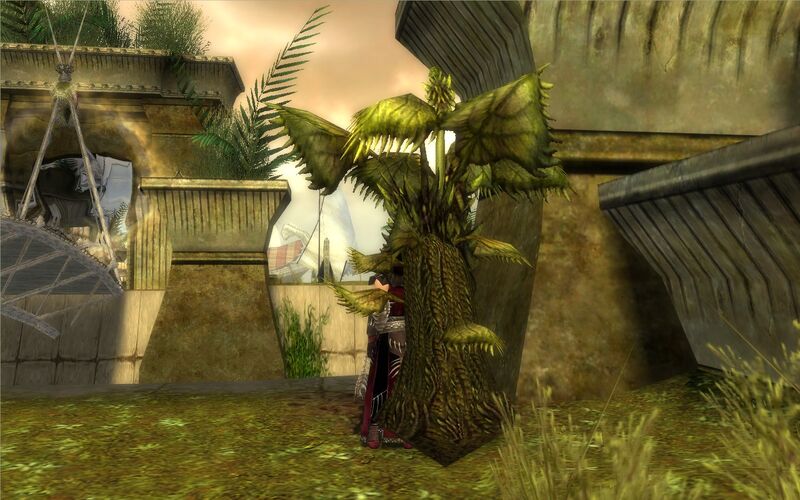 BTW, that's my Dervish standing behind the tree to make it more clear that it floats because you can see my feet/robe underneath it. XD ــѕт.мıкε 23:29, 23 July 2008 (UTC)

That must have been it, because they had to put some dwarf and a candy cane fence around him where the old Xunlai Agents/Chest used to be. XD ــѕт.мıкε 00:07, 24 July 2008 (UTC)

Xunlai got moved twice over time. I think it was 'round the first Halloween in NF that the Zunlai set got moved for the first time... Or was it when the Chests started talking? Something like that, at least. ---