"This spell could be pronounced as "Kiter's Burden," referencing the spell's use against fleeing opponents (kiters)." ................ wow that should really be removed, this embarrasses me..

I think so yes Silver Sunlight

Yes, I just tested it. — JediRogue

It's that same Mesmer target lady that's in every other hex, hunched over. 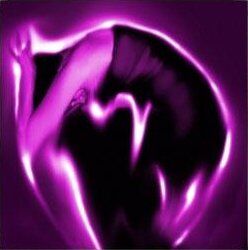 After you stated that was her opinion, you gave your own opinion as well. So you're not really proving your point. I agree with Entropy, that is far too obscure to see as a reference. It's named after a famous Canthan Mesmer, Kitah, not a misspelling of a word. Silver Sunlight

Cress Arvein, The Hobo, GW-Lou-Saydus, myself, and Silver Sunlight are in agreement. Gimmethegepgun, Konradishes, and St. Michael also agree implicitly in that they did not re-add the note (see first section on talk, and history of skill page). If you want to get into a pure numbers fight, then the odds are stacked against you. I am certain that most of the rest of the community is on my side also. And yes, you should see GW:1RV.

Wait, what? Why is my name there? Cress Arvein

Because you removed the trivia the first time it showed up

Then I guess we can remove the random trivia? Trivia purging is always fun.... Silver Sunlight

(Reset indent) Sure, the GW designer have NEVER put in silly jokes before. Why the hell is there any trivia at all if you guys throw a hissy fit everytime someone points out the intended joke?—The preceding unsigned comment was added by 71.232.54.43 (contribs) 26 November 2008 .

You're the only one who seems to be throwing a hissy fit, here.

I do not think that this skill is a reference to the term Kiter.--Łô√ë

(edit conflict) The fact that they've put in "silly jokes" before isn't reason enough to assume that "Kitah" is a reference to "kiter", especially as Kitah and Kiter can be pronounced differently - some accents will pronounce the R in Kiter in such a way that that it wouldn't make sense to have the "ah" at the end of Kitah (I'm looking at Americans here, mostly). Most of the trivia in Guild Wars is a little more sophisticated as well. I actually read this name as Kee-tah (both syllables elongated, with the stress on the first). --R

I hardly think that including me in the "implicitly agreeing" category for making an ogre-mode change 5 months after the trivia was removed is justified... Though anyway I explicitly agree :P --Gimmethegepgun 19:04, 26 November 2008 (UTC)

Example of random trivia... that is even the same concept: "Torc'qua is very similar to Tok'ra, a civilization in the sci-fi series: Stargate SG-1."

Trivia is not official lore, it's TRIVIA. Fine, leave the damn thing out. If you seriously can't understand the concept, you're not going to get it no matter what I say. Pathetic.

There's a big difference between kiter/kitah and Torc'qua/Tok'ra, though: references to random sci-fi/fantasy stuff are extremely common in Guild Wars, while references to... I don't know what to call it, "gangstah"-speak? are non-existent. In other words, there is a huge precedent when it comes to geeky/nerdy references, but no precedent at all for this one. —Dr Ishmael

Don't be a dick, please. I get the reference and I disagree with it. If you can't understand our policies for keeping disputed notes, then you're not going to get it no matter what we say.