Melee attack? Is this a first time we've seen an assassin close range attack that isn't lead, off-hand or dual?

This can be used with sharpen daggers to keep up Critical Defenses up all the time, provided you use +20% enchant duration daggers. --Spura 05:24, 25 September 2006 (CDT)

I think what it means is that you don't need daggers to use this skill. Someone please confirm this upon the release of Nightfall. Kamahl 20:52, 25 September 2006 (CDT)

Yea, you don't need daggers, but to use critical defenses you need to be primary so why not use daggers. You could also use axe for triple chop/cyclone A/W troll farm. --Spura 12:32, 26 September 2006 (CDT)

Erm, because like you said, you could use an axe, or use a hammer,as both have very wide dmg ranges, making crits powerfulLabmonkey 06:05, 10 October 2006 (CDT)

I'm thinking using this on a dervish, critical hit is nice with scyhte, and condition is not hard to achieve.

thanks to the buff, it works even better with scythes now 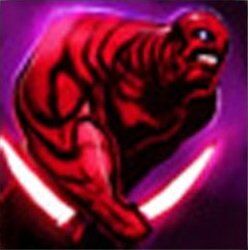 Latest edit (at the time of writing)[]

[1]. Mystic Sweep, Eremite's Attack and some others say hi. A melee attack can still be in a Weapon Mastery attribute. ---