Why is there a heading for "Profession Changers" in this skill? And why is the quest from factions not listed here? I know you get it as part of the dojo quests. --Karlos 19:53, 24 October 2006 (CDT)

Because its a skill you would learn from basic quests the Profession Changer teaches it to you automatically. And the quest is listed.

I feel its no more over powered than some of the Elem skills, therefore I should not be nerfed for quiet a while.

This makes my dervish sad!

Does it steal 5..65 health for each enchantment removed this way? or just steal once?

It steals health just once if you remove any number of enchantments.

What did it do before the update?

It removed one enchantment and you gained life, rather than life steal. [1]

to those Ele's to bring in 'farming' invinci earth builds into AB oh & also them N/mo N/D invinci necros. they invinci necros i am fine with but invinci eles with farming builds are so stupidly overpowerd unless their backfired or interupted or degen'd enough to kill a moose.

oh what was that? mystic regen has been nerfed again? onoZ

Is that note really necessary. Rather than just revert it, I figured I would post on the talk page first. I feel the note is rather redundant. --

I know this is the name in the game and all, but does anyone agree with me that it should be renamed in order to reflect its multiple-enchantment-stripping ability? Sorta non-important, but still... -

Next time you see vandalism, go into the page's history tab and click "Undo" on the vandal's edit - that automatically reverts everything the vandal did. You removed the text the vandal added, but apparently you didn't notice that the vandal had also removed an entire section of the article (Skill Acquisition). Still, thanks for helping out! —Dr Ishmael

Related to Pain of Disenchantment?[]

PoD doesn't steal health but it is similarly unprotable as it causes health loss. Strip is vastly superior to PoD as it maxes out at 8 blood magic(can effectively be used by secondary Necros), PoD's aoe is only adjacent and strip is non-elite. PoD's only upside is that it's in the curses line(a la soul bind over scourge healing), but that's not much of a benefit. Gimme 02:53, November 4, 2009 (UTC) 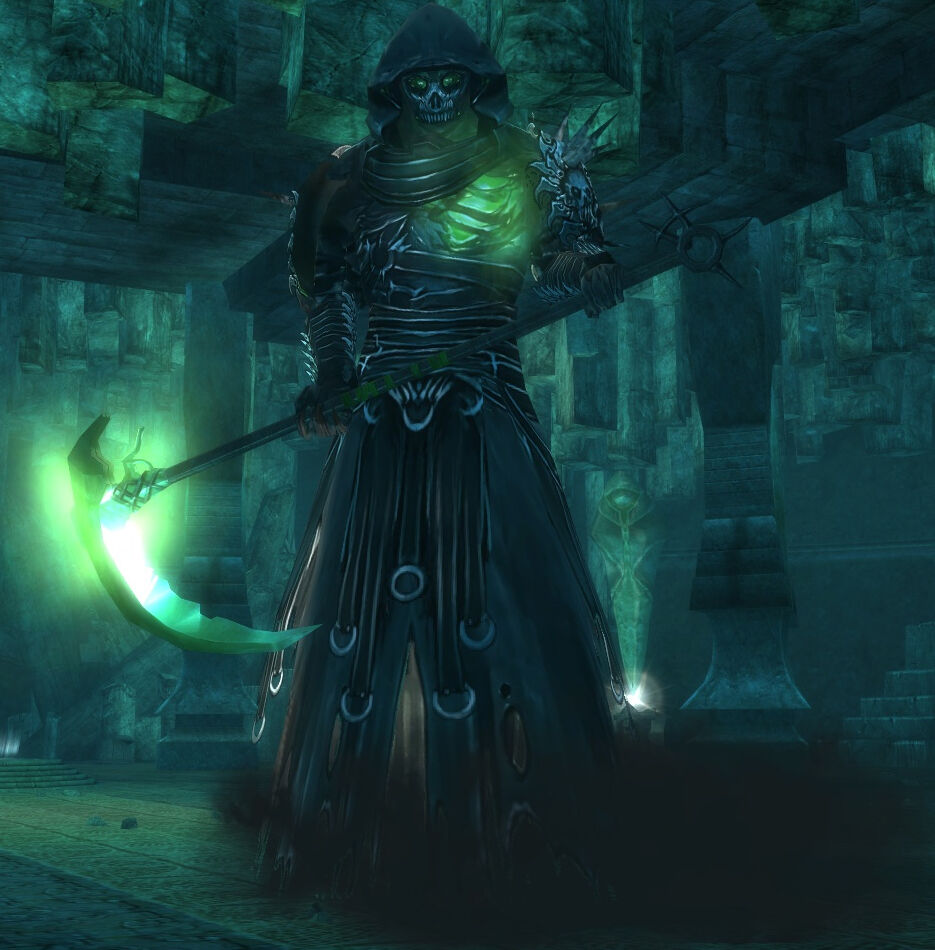