What is the best way to clear out the center area in hard mode? There are 4 to 5 dolyak masters clustered in that area, and they tend to stick together. Catbus 21:19, 28 April 2007 (CDT)

Concerning Hard mode : got 78 to kill, thus lowering the min number of mobs indicated. There is a trick I used to clear the center area, using some kind of poor pathfinding, the same thing that happens sometimes in the Stygian Veil) : pull all mobs outside, south west. If u can go far enough, mobs will be stuck against the wall trying to return to their original place. Then you can kill them one by one, dolyak masters won't even cast a spell (doable with henchies/heroes). Concerning what's behind the closed door, that's one of the 3 places that made me mad when I explored Tyria. There is such a thing in Surmia coop, near the NPC that gives the bonus (Brenda Stavison if I remember correctly), where there is a boss behind a door you cannot open. Duncan Idaho, 04:43 4 May 2007 (GMT)

Thanks, I will definitely give that a try! After doing areas I thought would be harder successfully, I am getting discouraged with repeated failures on this one. Heroes/henches make it hard to pull though. Catbus 22:59, 4 May 2007 (CDT)

lol I actually discovered that trick up above on my own and came to add here lol. Yes that is how i cleared as well and I did it with all hero/henchys. Best If you flag the group where the path splits in a T shape then go pull the group with a long bow and make sure its not a heretic, ortherwise he'll hex you. It was pretty straight foward. btw dont bring any melee henchy, they tend to complicate things. Rcollins779x 04:25, 23 May 2007 (CDT)

An alternate way to kill the middle mob is to pull them to the southeast so that a large part of the mob gets stuck trying to find its way back to the middle and then stays put on the southern path. Clear the rest of the zone and then head to the center from the northern part of the map. There should be a few enemies that made it back to the center. Attack them. While you kill the ones in the center, the other part of the mob stuck on the right path will attempt to come help them but won't be able to properly path back. Some of the group will come back to the middle while the other half or so tries to run around to the center the long way around. After you kill the enemies in the center go look for any stragglers that tried to run the long way around and finish them off. If you do this you should be able to easily split the mob and kill them. AngusSteak 15:00, 21 June 2009 (EST) 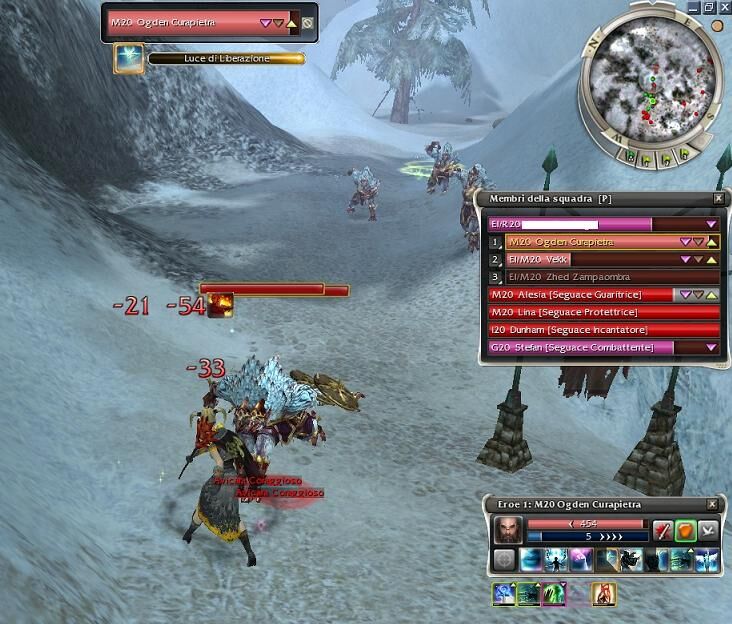