I was at Turlo the other day and I clicked on him for no reason...and I got this dialogue: 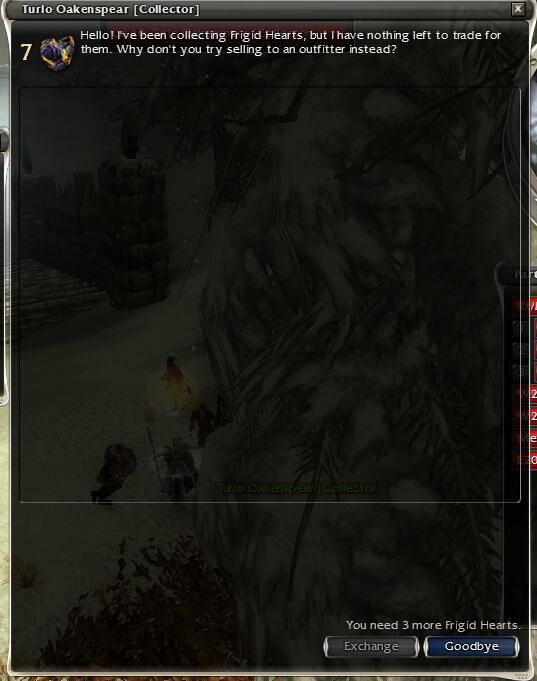 Since when do collectors run out of items to trade?! Maybe it's because I didn't have enough hearts...but I don't think so...

You were speaking to him with a Derv, Sin, Para or Rit, I presume? -

Yes, Ritualist...is it because he has no armor for that campaign? Seems silly, usually when that happens (example, at armor crafter) the box just comes up empty with nothing selectable for craft/trade.

Since armor is customised to the person who got it, you can't make use of anything he's got (since he doesn't have anything for you). So long as you're not one of the 4 professions he doesn't have armor for, it's still normal. --Kale Ironfist 22:46, 25 April 2007 (CDT)