The Foundry of Failed Creations

The Foundry of Failed Creations is a forge operated by the demons of the Realm of Torment to manufacture Titans. The foundry also serves another purpose. It is a prison for souls stolen by the Margonites. They imprison souls in this place and subject them to great torment and suffering, and they somehow use their souls to create the Titans.

According to Aurus Trevess, the Foundry used to be a prison operated by the Forgotten to imprison troublesome Margonites and such menacing creatures as The Fury. However, as Abaddon's grasp on the Realm of Torment grew stronger, the Fury shattered his shackles and the Margonites were able to wrestle it from the Forgotten and use it for their own purposes. The Fury is now in charge of the Foundry and has shaped it according to his twisted whims.

In outpost Gate of Anguish, exit via portal to area The Foundry of Failed Creations. 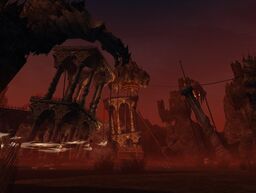 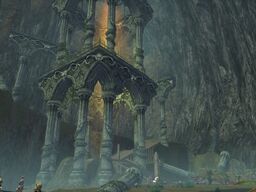