An unlinked skill is a skill that is not linked to an attribute. As such, their effect does not vary depending on an attribute's rank and are not considered part of any attribute for the purposes of any effects.

As there is no attribute involved, unlinked skills often offer a way for a character to be more versatile or effective without spending attribute points. 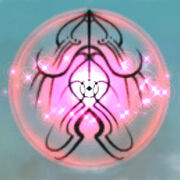 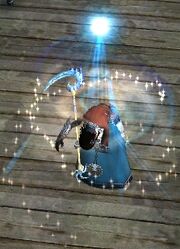 For descriptions of all profession-specific unlinked skills, see the following articles:

For lists of all unlinked skills, see the following categories:

Some skills are listed under an attribute even though they have no scalable effect linked to the character's rank in that attribute. The skills can, however, benefit from weapon modifiers or skill effects that affect skills of a certain attribute, especially effects that reduce casting or recharge times. It is possible that the attribute link is leftover from pre-release skill balancing, where the skill originally had a scalable effect that was removed in the final version.

In contrast, some skills have no scalable effects but are still associated with their stated attribute by requiring or interacting with a certain weapon (or a pet, in the case of Beast Mastery skills).

Some skills require a certain rank in an attribute without which they have a 50% chance of failure, but are otherwise unlinked.