This user "GW-Imoen" prefers to use the enhanced profile. 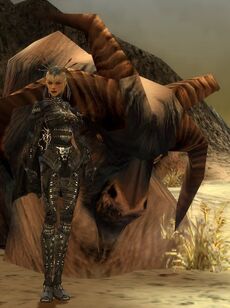 She is my main charakter, she can specialize on Curses, Blood and Death Magic. Should your 55er Monk use some companie for a trip to the underworld, Tydra will always be happy to help.

Tydra grew up in a family of great adventurers, the Silverhairs. She became a necormancer because she felt the same connection to the dead arts as her father Visaj. Of course her father was delighted that she seemed to have herited his talent, so he was eager to teach her how to use this power - to do good. She grew up far southeast of Ascalon, but when she was old enough she parted from her family to find her own story. As she heard that Ascalon was in danger she followed the call of Prince Rurik and helped him to protect the people of Ascalon. But, i'm sure you know this story... Tydra is good at heart, but she can be a bit selfish or overambitious. And yes - she fell for those yaks ^^

(Actually my boyfriend created this character when he hadn't an own account. Now I play this nice little bald Monk, since he has his own account.)

Li grew up in a family of farmers near the Barradin Estate in Ascalon. Her father saw her talent in curing and healing, so he send her to the Ashford Abbey. There she had her education as a healer and as the Charr invaded Ascalon she was of course recruited to defend her home. Her familiy always was loyal to King Adelbern, and as Prince Rurik told the people of Ascalon to give up theyr home they stayed in with the King. But Li saw the armies of the Charr, fought with Prince Rurik side by side... she just trusted the Prince, thats why she left her familiy to follow him.

Kalliope was one of the citizens of Ascalon that followed Prince Rurik. She studied there, and it was her first test on her knowledge when she had to fight against the Charr. First she specialized on fire magic, to burn her foes and take them down as fast as possible. But now she recognized that she is much more powerful in earth magic, which she could use to defend her friends. Kalliope has in Tyria a new home, she did not follow the call from Cantha, like many others. There are problems in Tyria to be solved first. . 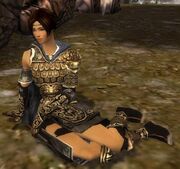 Chao grew up on the Shing Jea island; like lots before her and lots after her she was educated by Master Togo, a powerful ritualist. .

Just started with her, she will be my wiki character; she will explore whole Cantha and seek all the collectors, quests and NPC's.

Yes there is a mesmer missing... in the Factions campaign there are no pretty female mesmer faces! And I need one character slot for my changing PvP Character.

Since Nightfall is announced there are plans to create a mesmer. As everyone knows i like the core professions much better and i dont have a ritualist or an assassin. So i will play trough Nightfall with a mesmer :D (can't wait to start).

(in english: "Knights of Candlekeep") 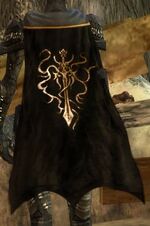 The name of our guild refers to the computer RPG Baldur's Gate, most of the guild members know and love that game. We are no RPG Guild, but we do like to play RPG from time to time. Some of our members are quite good PvP Players with ranks, but as a guild we do not play PvP. We meet to succeed PvE stuff, like killing Glint or doing other mission bonuses. If it happens that 4 or more guild members are online, we try to rock the team-arena... but we do not always succeed.

Since our Guild Leader, a ranger named Kestrel Wovenhand, has lots to do in the real world, Tydra Silverhair became the guild leader. Even though she likes to be a leader, she will be happy to give the leader title back to Kestrel Wovenhand as soon he is willing to play again. (She knows that he is much more wise than she is.)