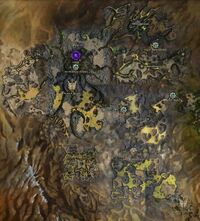 You wake up, shout "RT PHAILS" then go back to sleep. A few hours later, you wake up, the sun is shining, but that dosn't matter, you are in the desolation, luckily (or unluckily), nobody is dead. What will happen next? Viper is cooking waffles today. Yum! He's trying to find whipped cream, but The Desolation ain't that populated. Meanwhile, Warwick is wondering how the hell he's alive again. Oh, apparently not. Everyone goes outside and shouts the truth- "RANDOMTIME FAILS!".

You quickly come to a desicion, and you kill Cress Arvin. He was the Mafia ringleader, rt phails, the game is over, rt is ill, RT needs candles, rt has candles, well done, etc see ya...