From GuildWiki
< User talk:**The Falling One**
Jump to: navigation, search 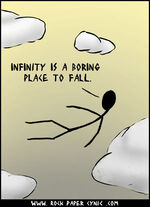 All are welcome on the shoutbox
Today's birthdays
none
Archive BOB! 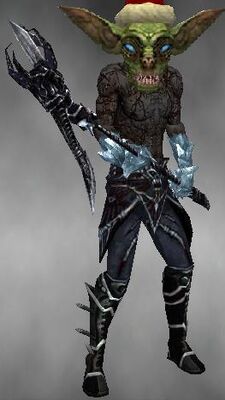 Welcome to my User talk page. Don't be shy to write something down, I always appreciate it and i'm VERY Lonely. [edit source]

I created my own userboxes you can find them here.

Also if you want a Userbox but can't make one or you have suggestions to make them better don't hesitate to contact me here.

I can tell you are really into this and you're RP-ing. But you can make huge changes and then check them with show preview and use the minor edit button, that way you won't constantly have to change yourself and you can save time, gl and cool page btw. Lost-Blue 17:33, 23 March 2008 (UTC)

Just letting you know, you might want to use the "minor edit" button when you add new things to your page. Otherwise, it floods up the place that admins like to keep free of that stuff. Gl on your page!-AmericanWrath//Talk 19:57, 22 March 2008 (UTC)

Also, please use Show preview and look at it instead of saving every little edit. --

Yeah thats what happens when you're called a bad word daily by your parents and you're best friend is 900 miles away irl and the rest of yuor friends are text. :P Lost-Blue 22:04, 22 March 2008 (UTC)

Could you plix use the Image License tag dropdown menu when uploading an image? For character screens and other GW screenshots, use the Screenshot from the Game option. ---

When you upload images, please use the drop-down menu to select the appropiate license as explained in the image license guide. --

When you upload screenshots, please select the screenshot license in the drop-down menu. --

Quick question, do you read your talk page? (nothing personal) --

Once again, when adding images, please choose the screenshot license. Failure to do so, or coming in contact with the floor's surface, will result in death.

To respond on talk pages[edit source]

Ty :D always nice to hear from people :P. But who is experienced here? I just do somthing and finely it takes some shape xD --

Nice Job on you Userpage too btw. Looks Great :P --

Well the best thing to do is just keep coppieing and chance the stuff you want to chance. So you still coppie but you also make your own one :P or look here for some basic info: Template:Userbox--

Hey man, can you create a "Follower of Kormir: Goddess of Truth" user box? She is my most favorite goddess...followed closely by Melandru. Thanks. Revan The Retarded 12:08, 20 October 2008 (UTC)

Hmmm well i don't realy know what i must take as image. The other ones has the skills. Do you got any good images? --

an think of is a really big K; I have seen user boxes with just letters, but I'll look for a good image right now...Revan The Retarded

or a Paragon skill or somthing--

YEAH I HAVE A FRIEND :P hmm I hope it looks good. Any other things you would like in the userbox? color or so? --

Well, maybe some sort of color scheme to match her paragon ties, yellow and white? Maybe black and white to show for truth, and the downfall of Abaddon, you make the call...my friend lol...Revan The Retarded

I shall try to make it as good as I can. :P I will show the results so we can chance some stuff then --

hmmm I have this

but i think the Color must chance. Just don't realy know what --

No thank you :D I was bored like hell. If you have some other userbox just say it xD Here is the Code: {{User Kormir}} --

Nope, no other ideas, unless you wish to create one for any Abaddon followers out there. I myself wouldn't use it, but some might. It has been a pleasure working with you, my friend...Revan The Retarded

Nice Follower of Abbadon might work. I will do that tomorrow or so --

Hey bro, It is I again w/another request. Can you create a follower of Melandru box that is character-specific as opposed to the common user-specific box? In other words, I would like it to say "This character" instead of "This User." It is part of the role-playing gimmic, you know how that sort of thing goes. Talk to you later bro. Revan The Retarded 08:35, 24 October 2008 (UTC)

hmm well it's an userbox but I can't just make the same one with only 1 word different. I can make the userbox a little different but you lose the Template (or how ever you call it) so you doesn’t have: Categories: Users/Melandru at the bottom at you page. So people can't track that. I’m trying to find a way to redirect it but I don’t think that’s possible --

Well it worked tx to RandomTime and his Good Userbox that has a Categories: Users/Evil. Here is it with code:

Ty but I only needed to know how to do that. But I know now. Hope I wasn't to much trouble :S. Ty --

Hey bro, was checking out the new user boxes for Abaddon and whatnot. Maybe a good pic for Abaddon would be that of the tapestry found in the cutscene with Warmarshal Varesh when the Sunspears initiated the war. I believe there is a pic of it on Varesh's page...Revan The Retarded 12:49, 7 November 2008 (UTC)

Unfortunatly, you havn't added copyright status to Image:DrEvil.jpg - the one you want is (a legitimate usage of) Fair use - have a look at that page for info on how to add RandomTime 12:24, 8 November 2008 (UTC)

It's copyright law, we can only have images that fall under the strict US copyright law, which means unless you claim fair use on the image, it has to be deleted. RandomTime 12:32, 8 November 2008 (UTC)

Oke I will try that Delete text then. But i still don't really know what a sysop is. Probably some sort of Master of wiki. Protector of the weak eraser of the wrong. Creator of all!!! or just someone who is an Admin or something like that. --

You probably have already noticed that some users are given to vandalism, or ill-considered actions. Imagine the horror that would befall us if these people could change the very core of the wiki! Therefore, some sensitive wiki functions are available only to trusted users directly; these are the "sysops" or "admins". Since we want everybody who is not a vandal to be able to delete a page that is no longer needed, we have this system where you can request that and have an admin do your bidding (within reason, of course) — for everything else you want to do and can't, leaving a message on the admin noticeboard is usually a good idea. I've been doing that extensively. ;-) So you see that admins are just a high-class kind of janitor. Of course, to become a trusted user, you must have shown experience and wisdom, and you do that by meddling in wiki affairs, so the admins really are the masters of the wiki --- oh, and all the other users who like to meddle in wiki affairs are masters, too. Hmm. --◄mendel► 11:39, 9 November 2008 (UTC)

He's a good guy but he talks too much... He can talk for hours and I must do all sorts of things for him. It really drives me crazy --

But I can't leave him... He... He will kill me. I saw it in his eyes... He wants blood! And not that off the monkeys I offered him No… We wants MY BLOOD! But I have a plan… I will build a raft and take him with me. Then! When the time is ripe I will toss him in the sea and leave him for the sharks! Yes... Yes thats what I shall do! MUHAHAHAHA! --

Ok bro, ready for your next challenge? A user box that says "This user's favorite campaign is Factions!!!" Or something to that effect, gthanks bro...Revan The Retarded 21:24, 19 November 2008 (UTC)

I know a lolli to be a lollypop as well, so as far as what THEY are referring to, I have no idea, something tells me it is not very G-rated lol. If you can find an asian/factions-style pic for it, that'd be great. I always have been a japanese culture fan, and factions was my first campaign too, so it has a homely nastalgic feel to it, know? A more asian-like color format would be nice too, I believe red w/ withe trim, maybe some yellow. But hey, I appreiciate all your effort bro. Take care...Revan The Retarded

I need other colors I think, because this kind of sucks :P It's your Userbox so lets find some Colors shall we: Click here Ow and maybe an other Image :D--

I'm Gone till Thursday. Need to ride tractor for school for 4 days :D So think about the colors :P --

To enter, edit GuildWiki:Wintersday/Raffle and put yourself on the list; the same goes for the price page. Contact Felix via wikimail or in-game to find out how to pay. --◄mendel► 15:55, 7 December 2008 (UTC)

Our signature policy only allows one image per signature. You'll need to remove one of two in yours, please. —Dr Ishmael

Thanks to mendel, the template name is just

YEAH! Tx both of you xD it rocks! MUHAHAHA watch out wiki cause Grenth is coming to town!--

So a legal free WoW server lol. Stupid me going underground. But still It kind of sucked when I was lvl 70 in 1 sec with max all and stuff. Took away the fun. But when I play it normal I get bored at lvl 20. GW ftw Skills Rule leveling sucks! --

Yeah Hi I remeber you xD Had fun at the party? Every thing good :P. Ow and good evning :P --