Difference between revisions of "User talk:Entropy3927"

This page will never have a last one though. --

Entropy is your talk page... dying?

Have no fear - A F K is here!
*pokes Arnout, Nwash, and the usual suspects to revive Entropy's talk page*
C'mon guys. What else says to you "GuildWiki is dead" better than this page being ignored..?

Sometimes this place reminds me of Japan's Imperial Court.

Yes.
Kill them all.

Hello #8 its been ages. No...you do not know me, I do not expect you to remember. It is imperative that it stays this way, or unnessesary ties will hinder our inevitable progress. First I must ask you, how much do you really know? Not about trivial matters, no, not at all. What is it that you have learned while here, what is it that you have noticed while living out your grandiose lifestyle? And, for that matter...just who are you? Arcdash 20:10, March 4, 2010 (UTC)

Has anyone really been far even as decided to use even go want to do look more like?

I don't know if you remember this

iirc someone did it already. progger and viper i think. EDIT: found it. 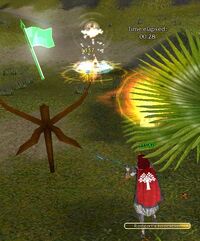 Pretty sure it was not a level 20, since a bigger difference between caster level and target level means more domages. But I don't remember.

You sir, are correct. We also used Shield of Absorption to reduce the damage by 5, I think. %AP is overrated when your foe has no armor to begin with <3 ---

We must have been doing something wrong with the fire skills... Just got up to 1754 damage with Rodgort's at 20 fire magic. Anyway, here are the fruits of our labor: 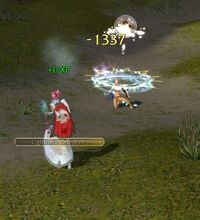 We had to port a shield from presearing to make it work, so I feel adequately badass considering the amount of work it took to actually make it happen. --Raj4h 22:38, March 26, 2010 (UTC)

What did you need the pre-searing shield for?

Yeah, it was easier to add a small amount of armor in combination with a small amount of prot, rather than try to work out a confusing and tricky multi-prot calculation. Turns out shields with AL of <5 only drop in presearing. --Raj4h 17:50, March 27, 2010 (UTC)

something vaguely interesting for anyone that still plays this game

<resistance>Don't listen to those murderous pig-dogs! Join us in dismantling their oppressive regime and restoring devotion to the Five True Gods!</resistance> —Dr Ishmael

<propaganda>Do not let the shiners live! The Unseen Ones shall crush the resistance and bring glory to the lands of man! </propaganda> Ishy, you do realise that by the time of GW2, it'll be the 6 true gods, right?--

<propasura>Don't believe those fools and their gods, they are merely facets of the Eternal Alchemy! Grab your golems and time dilators and crush the fools!</propasura> --Gimmethegepgun 20:36, March 25, 2010 (UTC)

I'm pretty sure this Obey/Dismantle thing is supposed to be taking place in the "present", since by the time of GW2 the White Mantle will only exist "in secret", i.e. they wouldn't have the authority to start a propaganda campaign like this. And the Shining Blade will have become the "right hand" of the ruler of Kryta, eliminating any need for a "dismantling" campaign. Getting back to the present, the Krytans probably have yet to realize and/or recognize the existence of a new sixth god. —Dr Ishmael

To whom it may concern

Could we get a page like this to display all of the GuildWiki Magic:The Gathering cards? It would be cool.

These list all cards categorized in Category:User MTG. If that's not good enough for you, what are these pages lacking? --◄mendel► 02:17, April 4, 2010 (UTC)

Having the page be a mile wide as opposed to a mile long is a problem, in my opinion, mostly because I'm not used to scrolling sideways.