What a long journey it's been.

Would Curse.com have any interest in buying a limited-term, paid sponsorship of GuildWars@Wikia? This might be an easy way to keep the word out and do an end-run around Wikia staff's usual interference in wiki self-determination.  — Tennessee Ernie Ford (TEF) 19:45, 1 December 2010 (UTC)

That's a great idea, I'll talk to Donovan about it.

Some person on wowpedia has invested some money in google ads, so maybe advertising on the "guildwiki" adword for a time might make sense. We'll have to wait for google to get to know this site (get the word out, people! advertise on forums and everyplace else GuildWars you go to), and then figure out how much we need this. --◄mendel► 05:19, 2 December 2010 (UTC)

That might be an even better idea. I wouldn't wait to see — if curse wants to invest money and time, let's offer them these ideas and let them decide (they probably know better than we do how to generate traffic).  — Tennessee Ernie Ford (TEF) 05:24, 2 December 2010 (UTC)

Thank you for all the time and effort you have contributing to helping Guild Wiki arrive here safely and smoothly.  — Tennessee Ernie Ford (TEF) 19:46, 1 December 2010 (UTC)

indeed, thank you. Also, what happened to the birthdays? RT wants me to get back to them. Arnout aka The Emperors Angel 20:20, 1 December 2010 (UTC)

I wasn't aware that anything happened to them. They seem rather intact to me- GuildWiki:User birthdays.

If it's not you I can't grant your request. That would be unethical.

One is one too many.

That was some blatant disregard for policy you showed just then, mendel. You don't remove other people's comments from talk pages. —Dr Ishmael

I'm going to make an exception for mendel since he wants to use User:Mendel as his main account and it hasn't been used since before Wikia, but as a rule we should not usermerge without the consent of both accounts' owners.

The halfsecond and second versions are neat! (The yellow elite frmaes are a bit distracting, though.) --◄mendel► 11:41, 5 December 2010 (UTC)

Take the one-second version and try to name every skill as its icon appears. It's harder than you might think.

I have all the skill icons saved without any extra borders applied. It may take a little while to compile them, since I have them named by skill ID instead of by skill name, but I could do that if you want to make a "clean" version. —Dr Ishmael

I feel that the standards of the wiki community have changed from two years ago when I became bureaucrat and administrator to the point where I feel I can't administrate them any longer. Hence, I owe it to the community to step down from the position of trust that required me to do so. I thank everyone who supported me in the past. --◄mendel► 23:30, 22 December 2010 (UTC)

I'll leave "it" up to your imagination.

Is that a nomination? Oh, I see it now.

I could delete your account if you want it back.

That's like saying that Paris Hilton gets to stay free at Hilton hotels just because she shares a last name with the founder of... oh, wait.  — Tennessee Ernie Ford (TEF) 21:51, 29 December 2010 (UTC)

My cousin was on Jeopardy once.

Could we delete the accounts instead of blocking them indefinitely? Would that be better? --◄mendel► 18:56, 25 January 2011 (UTC)

I don't think it would be better per se, just a lateral change. The idea is that we don't want those spam accounts to be reused, but they rarely are anyway. It would make those account names available for legitimate users, but the likelihood of someone wanting "Wonlas" is pretty low.

I never used the wiki while it was on wikia (and can't log in there). What is the appropriate method for creating/migrating my old account "crasher"? Thanks! ~crasher

Unfortunately I can't log in to wikia page to make that work. ~crasher

Then you'll have to contact Wikia support to get a password reset or something. We can't help with that, unfortunately. —Dr Ishmael

Thanks mendel, I didn't know that. I have however given up, since I can't seem to log in to Wikia with what I know for sure is the password and they don't have my email address to send me a reset. I set up a new account "Crasher1". If someone who can would merge Crasher, GW-Crasher, and Crasher1 and then rename my account to just crasher, that would be awesome. Thanks in advance. crasher 18:36, 27 January 2011 (UTC) ... Well I figured it out. Via monobook I was able to login to Wikia. I never created a GW-Crasher account. Anyway... User:Crasher, User:GW-Crasher and User:Crasher1 now need to be merged. Thanks for all your help guys. Crasher 18:51, 27 January 2011 (UTC)

A few months after Wikia acquired GuildWiki, they merged our user database into theirs. Any conflicts where the GuildWiki username already existed on Wikia with a different email address were solved by prefixing 'GW-' to the GuildWiki user. —Dr Ishmael

Okay, this is what I'm gonna do. I'll merge User:Crasher and User:GW-Crasher into Crasher1, deleting the old accounts. Then you register Crasher, and post here. Once you've done that I'll move all the contribs back to Crasher and you'll be good to go.

All your contributions should now be back on Crasher. If there are any discrepancies, let me know.

Help me find a stable X-Chat client for Windows 64x

Your reward will be great.

I've been using SilvereX for like 2 years. Well done, my good and faithful servant.

No doubt Dr Ishmael reads my amended wording now to mean that I intentionally obstructed him for personal reasons, which of course isn't true either, but that can't be helped.

Were you referring to my predictions about spambot reactions to our wiki countermeasures, or something else? --◄mendel► 19:11, 4 February 2011 (UTC)

On TEF's talk page, you commented that there appears to be some process whereby creating new articles takes significantly longer to save than editing existing ones. My vast empirical evidence seems to support your claim. What I found intriguing was the idea of Jink for bureaucrat, not Ish managing to be offended by you again. I'm fairly used to that by now.

For the record, I was not at all offended there, merely put off by your constant jibes at me. —Dr Ishmael

Ishmael told me to bug a bureaucrat about merging account, I would like User:Viruzzz and User:GW-Viruzzz Merged to the name without the GW- if that's possible, I can log in and confirm ownership of both if necessary. consider yourself bugged sir. I don't know if this is the right place to ask, if not I apologize :> GW-Viruzzz 20:16, 10 March 2011 (UTC)

You've come to the right place, I think I can safely take your word for confirmation. One moment please.

Looks like he was still logged in on the GW- version when Giga did that, and he made 1 more contribution after that. So I think all you did was to merge that 1 contrib back to Viruzzz. Otherwise you probably wouldn't've seen that user at all. —Dr Ishmael

Hrum tiddle tum. Not being the only active bureaucrat is going to take some getting used to, even though I planned it.

My pleasure. Actually, I think lately I've been too passive in user mediation and it's led to a lot of conflict that could be avoided, so I've resolved to be a bit more involved.

If not, we need something to remember it by. A picture, for example.

You should have saved it when you had the chance.

^That. Also, I can access it anytime I want. Cress Arvein

Don't make me revision-blast it.

Ohhhh yes it is.

Considering that that is a dead link, I think it's gone FOREVHS like.--Łô√ë

No, but I can delete you.

I saved it, just in case he deleted every one on the net. --

He will destroy you in the air and deploy his ordnance to the ground.

As the only weeaboo who's opinion I trust or will speak to, is the Claymore anime any good?--Łô√ë

I have not personally seen Claymore, but it has a solid voice cast and it was made by Madhouse, so I would assume it's quite good. I may watch it now, actually.

Because I never ended up getting you a HI shirt, would you like me to pick you up anything from Kawaii Kon?--Łô√ë

Does that mean you're leaving Hawaii and never going back? Because I can wait.

Get me a pornographic hug pillow I guess.

SCOOBIE DOOBIE DOOOOO! Ow, ahum. Sorry about that, but really this is a header worth the stuff legends if you ask me. But I seem to say that kind of thing way too often, so I'll leave it to you to

decide wether that's the case here. What ever you decide, ITS STILL YOUR BIRTHDAY! CONGRATURLATIONS! Arnout aka The Emperors Angel 06:46, 8 June 2011 (UTC)

Happy birthday.
I wish you many drunken shenanigans, maybe you'll even remember some of them.

Happy birthday! Oh, and Arnout, your birthday headers are getting too obvious :P --

Thanks everybody. It was a good night.

On Friday, Wyn told me that we need to send our grievances directly to Donovan in order for them to actually be addressed. Would you mind drafting an email covering the problems last week, and I can check the details? Thanks. —Dr Ishmael

I will do so immediately.

Did we ever send this email off? Did we ever get a response? I can't remember. —Dr Ishmael 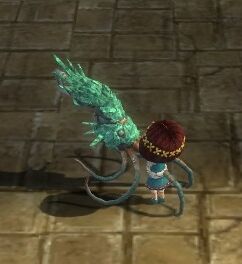 get your ass on IRC

There's an "E-mail this user" option in the toolbox on the left side of the screen. --

I have just been informed

I don't think I have your MSN.

Can you just add me and I'll accept the request?

It's on my userpage. e.e

So I accepted your contact request, but you never actually contacted me. Wat happen.

Since I've got a new password here now and it's been days 'n' all it doesn't really matter, but since I abused your talk page over here, I just figured I'd let you know about it. (If you don't get new message notifications regarding it, can we spam you frequently? :P)

Beware of the womenfolk. My most recent ex got me rather attached to Pon & Zi, and my fondness of them has ironically outlasted my fondness of her. :P A F K When Needed 22:56, 8 September 2011 (UTC)

Oh heck, shouldn't I be notified of wikia talk page messages from any wikia wiki? At least, I thought that's how it worked.

It does work like that. Also, AFK, please leave the making of long headers to me. Last time someone did it, it spiralled into major drama. <I'm Joking ofcourse, just trying to be annoying.> Arnout aka The Emperors Angel 09:05, 9 September 2011 (UTC)

I think your notification settings on Wikia are per-wiki, so you could have different settings on UnAnswers than on GW@W. —Dr Ishmael

Arnout shall be crucified for his crimes against wiki-manity.

Hello! I want to thank you for everything you have done for the Guild Wiki. Allow me to introduce myself. I am Tesla, a wiki manager for Curse. The reason I am posting on your talk page is for some feedback. I was hoping you could tell me if there was something you would like to see on the wiki or if you think there is something we could do to help improve the quality of our service to the community. If you have any ideas at all, please feel free to stop by on my talk page and leave me your thoughts. Thank you! Tesla 03:34, 28 October 2011 (UTC)