You spammer. Put something useful...

Yeah, too many edit conflicts here. Anyway, plastic surgery can be a very deep or a very shallow subject. Let's see.

Oddly enough, the same basic conversation that's going on on Entropy's page is going on here. Plastic surgery should be a personal thing. There is nothing wrong with a person wanting to change the way they look because it makes them happy. Its doing it because you want to fit what other people want you to be that is the problem. I don't really like my nose. My mother, my paternal aunt, and my cousin have all had nose jobs. However everyone tells me that my nose is just fine. I would have no problem saying, fuck all you, I don't like it and getting it changed except for the fact that I have this thing about pain... So it can go both ways. Its about satisfying you. And society shouldn't get all caught up judging people if they want to get balloon boobs. So much for your smart dudes. —♥Jedi♥Rogue♥ 21:04, 24 October 2007 (UTC)

I wouldn't like my looks to influence how I feel about myself much. No matter how many surgeries you get, your look will never last too long, but who you really are will stay with you until you die. If fixing your body is a requirement for your happyness, you'll get either a lot of fixing, or a lot of unhappyness, and I wouldn't want to be that unstable.

you were saying about alliances[]

WTF IS THIS SPAM[] 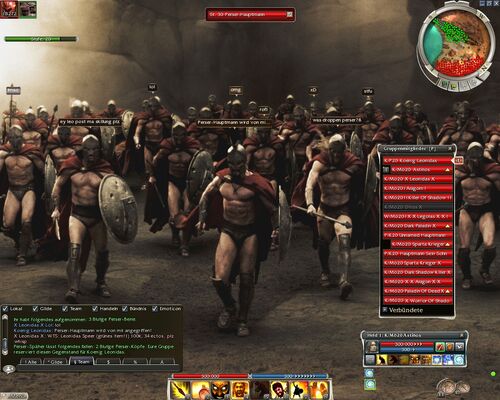 Hey, check out my proposal rough draft and tell me what else I should add or take away from it.--

Stop adding sections to the catagory books, since its un-needed, and is tagged for deletion. --

It's not unecessary, it's actually quite useful. Keep the category IMO.--

We decided to leave it as it was. Why pick up on an old argument? --

Sorry, just adding my opinion on the "old" subject, because I wasn't there when it was happening. Geez.--

Upload a pic with exactly thesame name as the current one? ---

You can always click on an existing image and use the "Upload new version of this file" link. That will replace the image. For new images, use Special:Upload which can be found on the side bar underneath the ad underneath the searchbox. —♥Jedi♥Rogue♥ 22:00, 2 December 2007 (UTC)

I can't see an image on Mursaat Focus. Thats why I'm saying to add at least a red link to it on Mursaat Focus so I can upload a screen for it. I've been trying to get all of the other weapon images that had an image replacement tag. --Hellbringer (T/C) 22:13, 2 December 2007 (UTC)

If you are specifically going to be retaking images that have been flagged for update, try to take them out on the Isle of the Nameless. This is considered "natural lighting." Also, the light blue water is almost always a good background for contrast. It shows up fine for me. It's probably your computer or something. Not sure what is preventing you from seeing it. —♥Jedi♥Rogue♥ 22:27, 2 December 2007 (UTC)

They are a bit contrasting. Red/Black on a very dark background... And the undyed pic's are with the silly /attention shizl. ---

The overview shots are great examples of good armor pics imo. Good quality, the details are very clear and the lighting is just right. Some component shots are missing and the dyable sections are lacking in both size and quality. Make sure that dyed shots are a color that clearly shows what areas are dyable. If you don't like the attention pose, make sure that you shoot from an angle that is very head on. Most characters stand with one shoulder back making it harder to see that side. —♥Jedi♥Rogue♥ 22:34, 2 December 2007 (UTC)

Point with the attention stuff is that it doesn't show the "natural" look. I assure you it looks quite diffrent when standing normal. That's why I'd prefer a non-attentioned pic. Just what I think of it :) ---

/agree with Viper. I personally HATE the attentioned pics, they look little like what they do standing normally. --Shadowcrest 22:39, 2 December 2007 (UTC)

I think I like the non attention pose better as well. What is good about the attention pose is that it makes the galleries look nice and neat and uniform. Additionally, it allows the entire armor to be clearly seen. If you look at Warrior Vabbian armor/Female you can see how even though the character is facing forward for the most part, one shoulder is almost entirely hidden. Still, many people have expressed dislike for the attention pose and if you want to go over the images with new ones in a non-attentive pose, that isn't a problem. These new images, however, should be of the same caliber as the old ones. For more info, check out the project page: GuildWiki:Armor galleries project.—♥Jedi♥Rogue♥ 22:48, 2 December 2007 (UTC)

It looks okay now. If it becomes a problem, there's nothing I could do about it beyond telling the other person to not do it and stuff lol. —♥Jedi♥Rogue♥ 00:46, 3 December 2007 (UTC)

If it is linked to in many pages (eh, 5 or more I guess) then it is probably better to just create the category rather than removing the links. They are there for a reason :)

I found the articles in the Special:Categories page. The categories I was removing were just red categories with only one entry. I just did it for a couple of different categories so I suppose it looked like I was just removing a bunch of stuff from one category?—♥Jedi♥Rogue♥ 23:46, 2 December 2007 (UTC)

Ah. I thought you were looking at Special:Wantedcategories. Some of those do deserve to be removed outright, but others need to be created instead. Nevermind :)

Gave up on my RFA. It seems we're 2 admins down atm - i think you and gimme are in for a little bit of a position boost. --

Well tonight is the last night of Hannukah (I did most of my celebrating at home this weekend) so I might as well get ready for Christmas. I'm Jewish but I think being festive and while Christmas has no religious significance to me, I think its a really fun holiday and I love festivity and cheer. —♥Jedi♥Rogue♥ 23:13, 11 December 2007 (UTC)

I'm methodist, but it really doesn't have much religious significance to me either. Generally people are happier around christmas though, and that's a good enough reason for me. --Shadowcrest 23:19, 11 December 2007 (UTC)

Don't any of you watch The Boondocks? Christmas is a pagan holiday (and Jesus probably hates you for celebrating it) --Gimmethegepgun 23:26, 11 December 2007 (UTC)

Eeh, that color scheme is FTL. Back to normal sig.

Hey Im shadow sin, theres another user shadowsin but hes more active than me >.>. Anyways I absolutely agree with Sony being the sux, Mine has vista (I want to shoot it) and is horrible. Anyway, can ya help me set up my user page like you :D Its so awesome with the little tabbies and the stories and the pics its so friggin awesome ^^ Anyway if you can hit me up thanks--Shadow Sin 04:22, 12 December 2007 (UTC)

I never thought I'd want spam. I hate spam. But I'm so bored! (Bored being code for, don't want to and can't focus on work). By the way, did I mention that I'm glad your a sysop again because I can use the patrol log to see every page you visit? Makes for much better stalking. —♥Jedi♥Rogue♥ 01:10, 19 December 2007 (UTC)

What?? You can actually stalk what other pages users look at??? AWESOMESAUCE!!!--

No, just sysops. It can make you paranoid though because sometimes you'll look at a page where someone asked you something and you don't wanna answer right away. But in the back of your mind, you know that they can tell you read what they said and didn't answer. lol —♥Jedi♥Rogue♥ 01:16, 19 December 2007 (UTC)

GOD LINK Don't even have to be a sysop. The logs are so incredibly useful. The move log made keeping track of all the vandalism that had to be reverted yesterday much easier. The patrol log is for spying on sysops. The delete log can hide quite a bit of dirt (mostly because sysops can see deleted pages. Not terribly exciting but it amuses me. —♥Jedi♥Rogue♥ 01:28, 19 December 2007 (UTC)

For reverting the move vandalism the contribution logs of the vandal users were more helpful, but the logs do have lots of helpful uses. --

You never really learn the power of Logs and Special pages until you have to use them every day. Just like learning how if you wanna know what is going on, patrol RC. :)

Oh I used the logs tons even before I was promoted. The patrol log doesn't work quite as well as a stalking tool as I thought originally because I wasn't a sysop who could see how my movement effected it. When a sysop visits a page, it is automatically marked as patrolled. Each revision to a page gets its own flag. Once a sysop views the page, that revision doesn't get marked as patrolled again. So its not a perfect tool for tracking a sysop's movements, but its still useful. I can see if any other sysops have already viewed a page. If someone else has seen it, I can assume that they saw nothing requiring my attention usually. Not that that will stop me from poking my nose in everywhere. Even in moments of boredom reviewing the contents of deleted pages in the delete log. Or comparing GuildWiki's blocklog with the official one. —♥Jedi♥Rogue♥ 04:07, 20 December 2007 (UTC)

I think your pages look so SCHNAZYY! The pictures look so nice and different with the little clip on them.. so neat, anyways lets hook up again for HA sometime :) Keep up the good work! zomg!!@!@$MKEMED. —MiniHellKite

It doesn't link there anymore. Sometimes the usage remarks on the image pages aren't accurate. You can use Special:Whatlinkshere/Image:Gw162.JPG to see what actually links to a page. —♥Jedi♥Rogue♥ 01:18, 21 December 2007 (UTC)

Ty for the headsup. As a newly appointed member of the cool people list I promise to wear leather jackets and sunglasses even at night. —♥Jedi♥Rogue♥ 03:39, 29 December 2007 (UTC)

I actually do wear my sunglasses indoors and at night. Because I use them as a headband and my head is the safest place to keep them. —♥Jedi♥Rogue♥ 04:18, 29 December 2007 (UTC)

Lol thanks, he was driving me crazy :P --

Well I think 1 week is still not enough! Mercy ftl --

Blessed are the merciful, for they shall obtain mercy. =P

Lol I stopped going to the Church a while ago, but I still remember this... Dunno how it is called in english though :P --