Difference between revisions of "User talk:Jink8538"

Astounding how simple text can get your blood pressure up like this. My motto, "wiki = people", is again confirmed. It's a pity though to see you go, I had hoped you were above others' pettiness, but RL is RL, and aggression is not good in either case; this wiki is certainly not worth that. May we meet again in better circumstances, or, better yet, may your leaving be a mere wikibreak! --◄babbyeater► 21:18, 3 April 2009 (UTC)

Time for me to take my own medicine?


I'd like to apologize for being confrontational towards your comments ironically what I was trying to figure out if you were being or not when GW:AGF and let's respect his wishes both should have pointed me in the direction of reading your comments as being nothing more than helpful.


So GL with the

coming along and hope you're back with us soon. =) -->Suicidal Tendencie

Because I know very little to nothing about you

And you requested it. Have this:

Life has been taken over by the arrival of the Babyzilla. Delivery went fine, tho' I had to unexpectedly have a c-section. Both I and the lil' 'Zilla are doing great (even if I'm rather exhausted, but that's to be expected). Jink 14:50, 2 June 2009 (UTC)

It'd be quite hard for Viper to have experience in that, unless he either changed his gender, got pregnant and gave birth since his last userpage update (and became a teenage mom), or he has been lying to us from the start about his personal info :P Anyway, GZ on the baby Jink. Now I hope you don't mind me being curious, but how did you name her/him?--

It took a lot of deliberation between myself and Ishy, but I suggested "Kimberly" one day and we both decided it was perfect. Jink 16:25, 2 June 2009 (UTC)

My oldest sister has 2 kids (2 year+10months and ~1 year old) running around, and they visit a lot (heck, the youngest one lived here for the first half year; their home wasn't built until then). That's how I know babies are way awesome.
Also, Nazgir, did you read what I said? Because I can't find where I said giving birth was fun :P I said the fun started, i.e. after birth. Just a friendly reminder. ---

Hmmm, whoops. I kinda misread some stuff >> Anyway, Kimberly's a very nice name. Hope you (and ishy and Kimberly herself) have a lot of fun.--

Disclaimer: Any resemblance to actual Jinkasawrs or Babyzillas in pictures 1, 3 and 4 would be purely coincidental.
Congratulations!
--◄mendel► 23:58, 2 June 2009 (UTC) 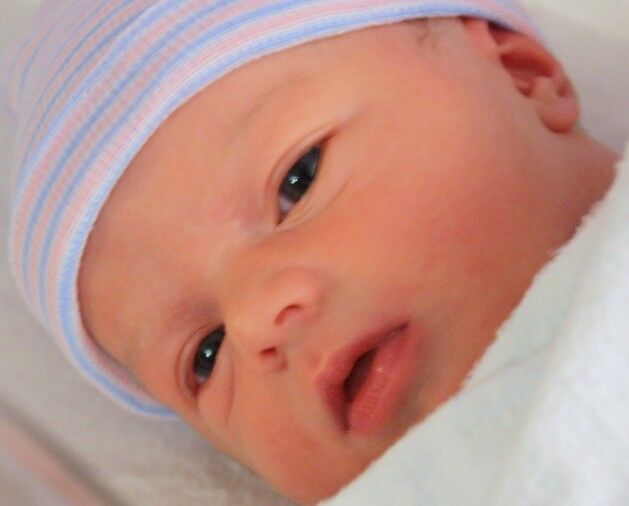 Awwww, too cute to resist... Reminds me to lay some hints around with my sister to "get on with it" ^^ --

Wait... I don't understand the photo
Which one's which?

I actually came back to the wiki today because the thought crossed my mind; "Didn't Ishy get his lady pregnant a while back?" I always wanted to congratulate you for that, but it wound up being an awkwardly long time before I found out, so I guess I'll congratulate you for both bits now! You two must be very proud to have such a lovely kid, and I hope you enjoy entering this new stage of your life together. — Powersurge360 17:19, 3 June 2009 (UTC)