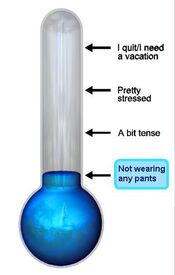 If you are trying to be a duplicate of me, please ask before you turn into Gem2. :) --Gem

I appreciate it that you liked my user page layout so much and copied it, but could you please not use the Gem-icon and the Heart-icon as they were custom made for my user page by LordBiro. Also having made almost an exact duplicate you should mention that the layout was copied from me, preferably at the top of the page. --Gem

I removed the icons and added the note of copying. I also corected a few typos which resulted in broken skill bars and removed obviously incorrect information. (Example: Your ele is an earth mage in RoF, but you had the copied comments that she is in pre-searing and a link to my fire build) --Gem

Thank for fixing the broken things. I used the layout of your page as a starting point because i liked it, sorry for using your icons i din't thought you would mind, i was planning to change them in the future. I will add and fix a lot of things in time.

No problem and no hard feelings. By the way: You can sign your comments on talk pages with four slashes ~~~~. And welcome to the wiki! --Gem

Now that you are adding new stuff to your user page, check through the old stuff too. For example Phoenix the Warlord has probably not done exactly the same things that my Jessica had done when you copied the user page. It is generally not nice to have incorrect info in a wiki. :) --Gem

How do you add that icon at the end of your name?

You seem to have some problems with talk page formatting, so here a brief guide: Use four waves ~~~~ to make the signature. Use one or more : to make a space in front of your line. --Gem

Go to your preferences and put {{subst:User:Phoenix/Sig}} in the 'Nickname' box. Put a mark in the checkbox 'Raw signatures'. Remember to save. :)
One important thing: If you use this it will not put the code {{subst:User:Phoenix/Sig}} on the talk pages you commment in, it will put the whole code in your signature page. Therefor you should have as little as possible code in your signature before using it or all of the talk pages will be full of your signature code. That would suck. I recommend removing the color tag, as it is long and Firefox does not show the color anyway. --Gem

I did as you told me, Thanks! Exactlly what i wanted :) --Phoenix

I tried editing my page to add a few things and my page got eraset half of it, when i changed in firefox to another tab and then back some of it got lost! Can one of the admins revert back to my last version pls? Phoenix 15:37, 10 May 2006 (CDT)

There is the history button on the top of the page. Go to your user page, click on the history and open the version you would like to revert to. Then click edit and save. Your old version will be saved as the newest one. Hope you understood. --Gem

No problem. Feel free to ask me if you need any more help later. :) --Gem

Can I try to edit the colors on your user page a little to make it nicer? If you don't like the result you ccan always revert. --Gem

Yes you can try. Phoenix

The "Mesmer Greens" link on your user page links to an article that has been moved around quite a few times. You might want to consider editing it to link to Mesmer unique items quick reference. -User:PanSola (talk to the

And you need to fix your skill bars Skuld

Done & fixed. I really don't know how the skill bars got broken! --Phoenix

Is there an external editor that can be used to make editting easier or an extension for firefox, or maybe even both? --Phoenix

k I installed wikipedia toolbar. It helps but i still would also prefer an external editor --Phoenix

wikipedia toolbar a bit buggy i uninstaled it, pretty good but haven't figured out how to set it up for GuildWiki --Phoenix

Don't create Game Updates/June 2006 until June has actually ended. This causes there to be two pages to update should another June update come along. Same thing with game news. Thanks. --Karlos 14:54, 27 June 2006 (CDT)

Please don't create empty articles like you've been doing with the Dervish and Paragon profession combinations. It is usually better to have a red link than an empty page, because that way one can directly tell where information is missing. --84-175 (talk) 07:02, 28 July 2006 (CDT)

You do have a point. I thought if I placed stub in them it would be k.--Phoenix

noticed you've been trying to submit changes to Image:Dervish-icon.png. you should know that the error your getting is on the read, rather then the write of that page. i was getting the same thing a few minutes ago, and i didn't realize it had actually taken the changes until i saw myself in Special:RecentChanges --Honorable Sarah

Can't acces the page "No such special page". Guess too manny requests at the same time and the server can't process. Or something.--Phoenix

no, i was simply overzealous with the capitalization. it's Special:Recentchanges. --Honorable Sarah

I tough that if you put only category it remmains red. I was wrong.--Phoenix

Are the following really true statements of him:

If yes, plese remove the question marks behind them, if not, please remove or modify the statements. --

The statements are true! I don't know how the question marks apeared. --Phoenix

Could you please look at Talk:Grey Giant#Image of miniature and comment on the origins of the picture? Thanks. :) --Rainith 16:07, 13 September 2006 (CDT)

You're right Skuld. That section evolved from 6 boxes to 8 to 10 then i reformatted it to look like this but that was a loong time ago before Asmodius got here on the guildwiki. Recently as you can see i only fixed a few things. I intend to fully update a few thing on my page in time, for others i wait for the new version of MediaWiki 1.10.X. --Phoenix

Asmodius maybe you took it from me and forgot, and now just got here again and thought that. Personally i don't mind. And on a side note it's familiar. --Phoenix

Hope you don't mind I copied your quick acess section. If so let me know in my discussion forum on my page please. I plan to use my (UserPage as a home base for using wiki so that section is Uber helpful. If you dont approve, just let me know. -- RavenJWolfe 12:06PM CST March 21, 2007

Not at all. Have fun! Hope is useful to you as well. --Phoenix