Person who is rich enough to buy good testimonials.

You can buy them?

I still have the preview image cached - it was an pseudo-instructional video about how to install the Digital Video adapter kit for analog TVs... something like that, anyway. —Dr Ishmael

I just saw that the other day on Fox TV and was like "wait, I saw that on GuildWiki!" Probably taken down for copyvio...sigh.

Can you plz help me (and all who read) I'm trying to created a Music Userbox but I can't get it right. My goal is to make it just like the {{user Xfire|Username} So sort of like this: {{User Music|xKVPWMvi_ko=en&fs|Rock}} If I look at the Xfire Userbox it puts the username there by Replacing {{{1}}} so the Music User box Has {{{1}}}} and {{{2}}} Wich 1 will be Youtube so the song in the Logo and 2 will be the text in the Userbox. Can you plz help me. Your the only one I know with self created userboxes. Here is what I have and what it Sould have been (there only tests):

Regardless of whether it is excessive or not, I think it can't be done because the <youtube> tag can't work that way.

The problem is the Youtube tag can't be substituted into a template a template with <youtube>{{{1}}}</youtube> - it would just display as a blank flash object RandomTime 12:30, 4 January 2009 (UTC)

In the end, wouldn't Userbox do the same? Sure, slightly different color, but that's adjustable. ---

Yeah, but you can say that for most userboxes. This one has the different default colors and a centered, styled font for the song title, so it does make sense to have it. --◄mendel► 16:05, 4 January 2009 (UTC)

Thanks you all I coudn't have done it without you I love you all! (or is that to much?) Mendel and Randomtime your the wiki gods xD (has be change didn't saw that Mendel helped)--

Well, it's the default title for the default music. Why is "music" better? Do you think someone copies the youtube code and forgets to write a text for it? --◄mendel► 20:36, 4 January 2009 (UTC)

Dam you realy are the expert --

Mendel was my first love

And it will be my last

Mendel of the future

And Mendel of the past

To live without my Mendel

Would be impossible to do

In this world of troubles

My Mendel pulls me through

welcome back from your excursion. speaking of which, where did you go ;o — Nova

but what for? — Nova

A fun time away from the pressures of life in this troubled world RandomTime 20:50, 6 January 2009 (UTC)

ah, vacation. thought it could be student exchange or smth. On a side note;
discuss. — Nova

Hi, nice to see you're back, hope you had a nice trip, stop kicking Warwick please.

I was afk or I'd have taken it up with you directly, but kicking Warwick off irc because of what Nova quoted above (is it even true?) and the second time because Warwick said the wiki loads slowly is completely random to me; it appears to be unfair, and the stuff good quality drama is made of. Why do you do it? --◄mendel► 04:53, 7 January 2009 (UTC)

Because only one man is brave enough to leave out the fullstop...LONESTAR RANDOMTIME

On Warwick's RfAs, people always seem to think that doing unreasonable things when angry is something that shouldn't happen to admins - but of course it sometimes does. --◄mendel► 21:40, 13 January 2009 (UTC)

Give the creator the content of the page in case he wants to create it in userspace.

I didn't know the pound had devalued this much!

What you're seeing is the private seller price (Amazon no longer stocks it); books that are no longer in print sometimes go that high. --◄mendel► 00:04, 24 January 2009 (UTC)

Wow, I saw this game on discount on steam, not a very large discount may I add

Hey, to a college student, that's a lot of money - it would buy you two packages of ramen noodles. ;)

They broke my favorite mod for CS:S, dooming my favorite server, which caused me to leave. I guess it's not really a "vendetta," but more like a boycott and "tell whomever will listen how crappy they are." --Macros 20:26, 5 March 2009 (UTC)

I just received an email entitled "your health site" from the "webmaster" of "acne assassin": My comments in italics

Hello, As I was surfing around msn

So, MSN is the internet now?,

May I point out that nowhere I have said that I own GuildWiki, however, complementing spammer is complementing

I am trying to add as many informative websites as possible to my site. Which in turn will benefit my users as well as provide you with relevant traffic to your site. I have a website with about 5,000 - 7,000 people on it per day who fit the same demographic as your site.

Obviously trying to sell some kind of ad deal, I can see the potential, apart from your target audience is spotty teenagers

<REMOVED> - the site's name is acne assassin, if you're curious

you will see that I put your link on my homepage.

no such link found when I copy/pased the URL

Please get back to me when you have a chance, to let me know if the link I have placed suits your needs. Also if you would like a custom Title for it just send me a email and I will get it updated.

Have a good weekend, Olivia Reynolds

All these questions will probably never be answered on User talk:Randomtime

If I was still bcrat right now, I'd promote you just for kicks so you could go forth as our official liasion to Acne Assassin. Just think - ProActiv could buy us from Wikia!...

ur never on msn anymoar, i miss ur randomness — Nova

Lord_Doin. It was the account of my steph-brother (who didn't have any steam games, so I didn't think he'd have a steam account), but then I accidentally added my orange box to it, and I got it from him. I heven't found a way to change the name yet, and I don't think it's possible.--

For your rather nasty comments of me on my userpage. Is that how you welcome new people who are trying to help GuildWiki? Sorry if I came across a bit of a dickhead, but what's the point of a userpage if I has to be utterly factual, boring and unhumorous? AMFan 15:03, 3 April 2009 (UTC)

also you were the one that added me on fbook lulz. Sorry about the name, I was trying to change it but stupid automatic filter blocks out any non-Anglosaxon based name. So I tried yours and it worked but i cant get it back gg :(

No randomtime U added ME. I got on and I got a friend request from a randomtime. — Nova

Weird, I never added nova - must have picked up your email from my account on that stupid "invite all your friends from your gmail" (I'm sure I declined that, btw) RandomTime 11:27, 6 April 2009 (UTC)

That must be it. But now I can stalk you! Though it is no fun stalking a Randomtime - he is too Random — Nova


You may remember giving me a stamp, I'm here to ask your permission to use it out of context.


I can't tell you what for "out of context" so I'm afraid you'll have to take a shot in the dark, but it will be used, only, on my UserPage.

Yes, but, you'll never believe this coming from me... but, I try to work with certain moral principals, and since it's your stamp, I'd rather have your sayso before using it -->Suicidal Tendencie

btw, I finally got that thing to work the way I wanted it too :P -->Suicidal Tendencie

Weird, random IPs seem to be on my guestbook talk, anyone seen anything like this before? RandomTime 12:34, 17 April 2009 (UTC)

They are vandalizing GWW guestbooks, too.

STRange, I guess we need to CONcentrate and find who or what (someone called DEXter, I think) is doing this, it should be an INTernational effort - involving many lucky CHArms. we need the most WISe from both wikis working on this RandomTime 21:54, 17 April 2009 (UTC)

There are far too many games using those stats for it to be a reference to any single one. D&D most likely, knowing you.

I know you don't like to write articles (if I don't confuse you with somebody else), but could you review/update In-game browser via Steam and stub me an article (or a section on the steam thing if you shortened that) for the playxpert widget? Or maybe just reply here with some details? --◄mendel► 22:03, 4 May 2009 (UTC)

I don't mind article writing, I'm just better at other stuff, PlayXpert's wikia widget is basicaly an ingame browser which runs via PlayXpert which in turn is a modular tool for in game multitasking (you can install widgets to do most things, wikia widget came installed) RandomTime 17:21, 5 May 2009 (UTC)

Wouldn't a null edit be sufficient (edit nothing at all)? ---

As in, no confirmation of edit in RC or what? Cause that's the point of a null edit.
Oh, also; you edited some pages which merely stated pvx(wiki), rather than have a link to pvx. --- 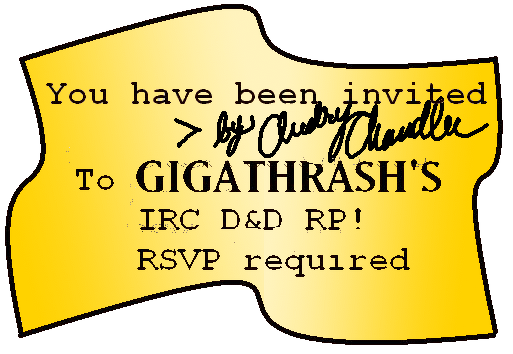 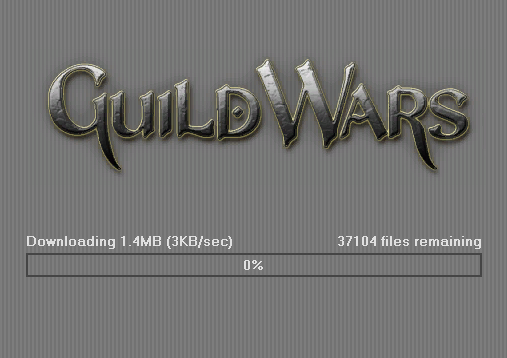 That's one third of my average download speed probably (okay, maybe slightly exaggerated; I hit 50 tops). I never get a good dl speed on GW.
Still, that's quite bad... ---

Your bodies will ornate my chambers forever[edit source]

The next IRC RP will be held at 5:00 UTC (10:00 p.m. pacific) THURSDAY Tell someone somewhere if you can't go. Also, RT, your schedule is basically opposite of everyone else's. Soz again.--Łô√ë

Guess what, I was planning to sleep then, sorry - also, I remember the quote, but I can't remember where (Chamber kinda reminds me of Harry potter, but not sure)

Whenever I go to my user page in Firefox, it shows me the exact same RC widget -.-

Yes, Monaco. Mendel's Monaco, to be precise. Or PanSola...
And lolwut? I could show you one picture twice, I don't see what the "screenshots?" thing is meant to achieve.

I don't know what an RC widget is, so I can't solve your problem without seeing it, hense the screenshots. I'd guess it's some code on your page (template or something) but I don't see anything wrong with your page's code.
Also, WTF about the 100% comment, I have no clue what you're on about

Go into Preferences, let the Sysops replace your skin with their custom one.
You'll see the RC widget directly below
Community
::::17,690 articles on this wiki
::::File:Your Avatar, Welcome, Links
::::Latest Activity
::::This is the RC widget.
::::100% comment - for some reason, the problem is not always present, last night it was annoying me, this morning I don't appear to be triggering it...

Monaco sucking fucks. Just don't use it and all your problems vanish. ---

lol... "sucking fucks" is probably the more kinky version, odd as that is...